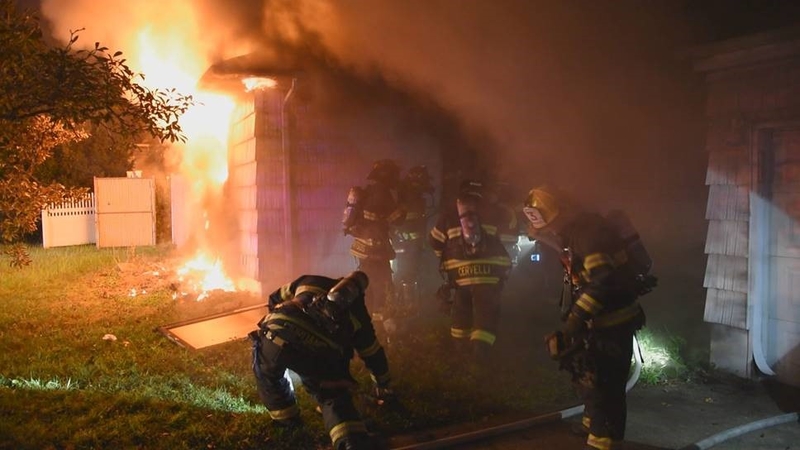 BETHPAGE, Nassau County (WABC) -- A homeowner was killed when a fire broke out inside their home in Nassau County.

The flames broke out inside the home on Farm Ranch Road East in Bethpage around 2 a.m. Friday.

Efforts were made to save the man, identified as 65-year-old John Quevedo, but he was pronounced dead at the scene.

The victim appears to have been disabled and unable to escape. He appeared to be alone at the time of the fire.

Firefighters were unable to enter the home due to the heavy flames.

At this point, the fire appears to be accidental. There were no operating smoke detectors found in the home.