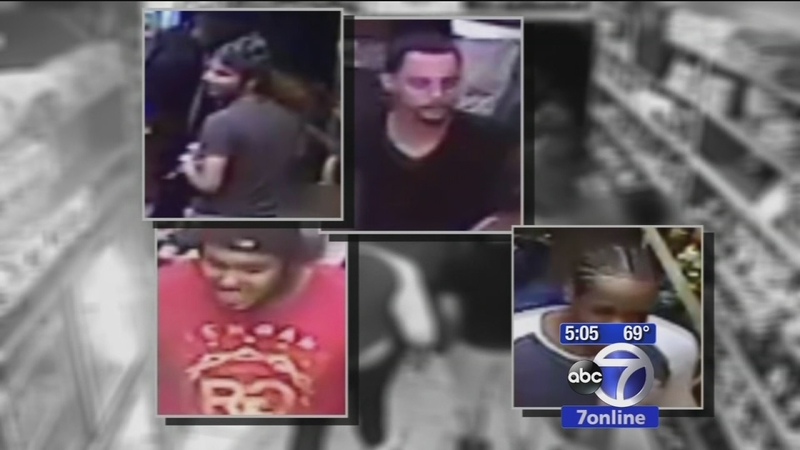 BRONX, N.Y. (WABC) -- Police in the Bronx are searching for the band of thieves behind a wild deli robbery.

Surveillance cameras capturing the group ransacking the Fordham Heights store, then assaulting the clerk who tried to stop them. 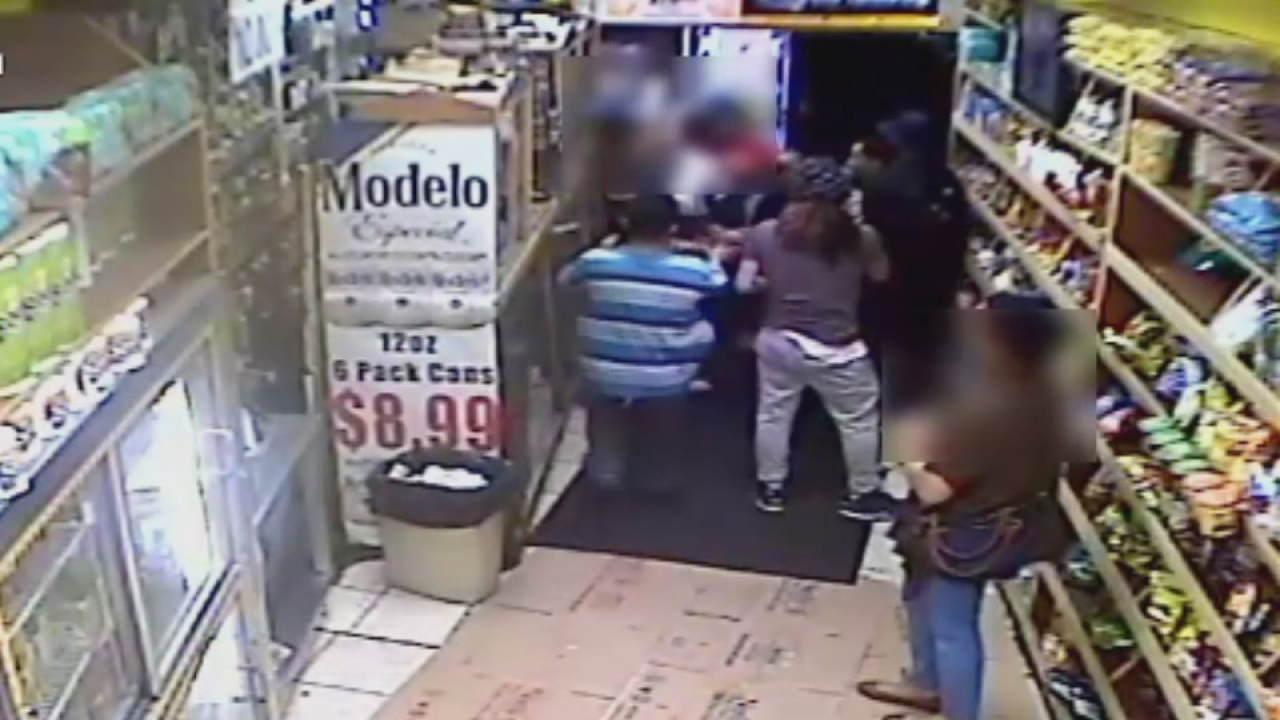 Raw video of attack on clerk in Bronx deli
Police are hoping the video leads to arrests.

The incident happened around 11 p.m. on May 27, and the entire incident was caught on surveillance camera.

Authorities say the suspects entered the deli at the corner of the Grand Concourse and East Burnside Avenue and began to remove various items from the store's shelves before they attempted to leave without paying.

Co-owner Khaled Ammari, 40, tied to take matters into his own hands, emerging from behind the counter to put a stop to the lawlessness, all while holding his cane. And that's when the gang turned its attention to him.

The suspects then threw several items, including a pint of ice cream, at the man, while others punched him. One of the suspects even struck the victim on the head with an umbrella.

"He got six stitches in his lips and in his head," co-owner Mike Alrazaki said. "It was like five of them start beating him up."

The suspects then fled in an unknown direction.

Regular customers called Ammari one of the most generous merchants in the neighborhood.