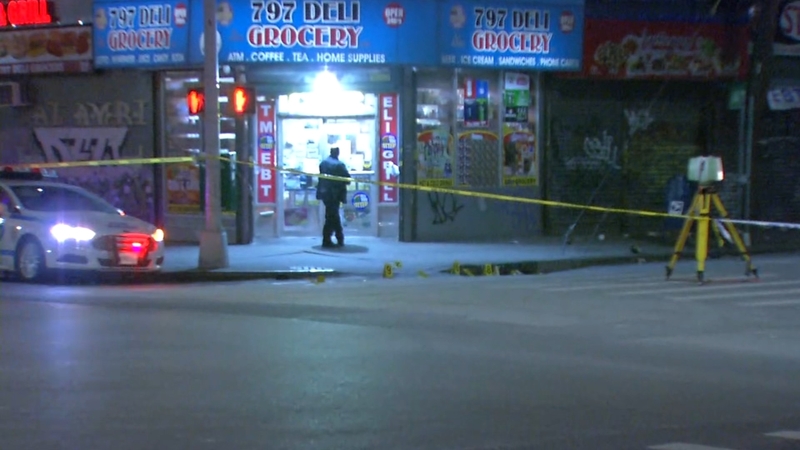 EAST NEW YORK, Brooklyn (WABC) -- Police are investigating after an 80-year-old deli worker was shot and killed on Tuesday in Brooklyn.

It happened around 6:30 p.m. inside of the deli on Stanley Avenue at Ashford Street in East New York.

Authorities say the employee, 80-year-old Abdulla Yafaee, had an argument with a customer earlier in the day, apparently over a can of beer. The suspect reportedly only had $1.50 to pay for a $2 bottle of Corona, and when one of the deli workers objected to him leaving without paying the full amount, the suspect responded that he would come back and shoot all four workers.

Police say that man returned and opened fire, spraying the storefront with as many as 11 shots and hitting Yafaee in the chest. He was pronounced dead at Brookdale Hospital.
EMBED More News Videos

Lucy Yang reports from the scene in East New York.

Residents described him as a kind and quiet man.

They are urging anyone with information to come forward.

"It's crazy, in this neighborhood, they need to put more patrol officers down here," area resident Eric Perez said. "I was just on this corner a little while ago with my daughter. We go into that corner store all the time. I can't imagine if I was in there with my daughter when that happened."

Detectives have recovered surveillance video, and workers say the suspect has been in the store before. They are working on an identity of the suspect.

There was an attempted robbery at the store in 2016, and in 2014, a worker died of a heart attack after a violent robbery.