Deliveryman wanted for beating man with bike chain in Manhattan 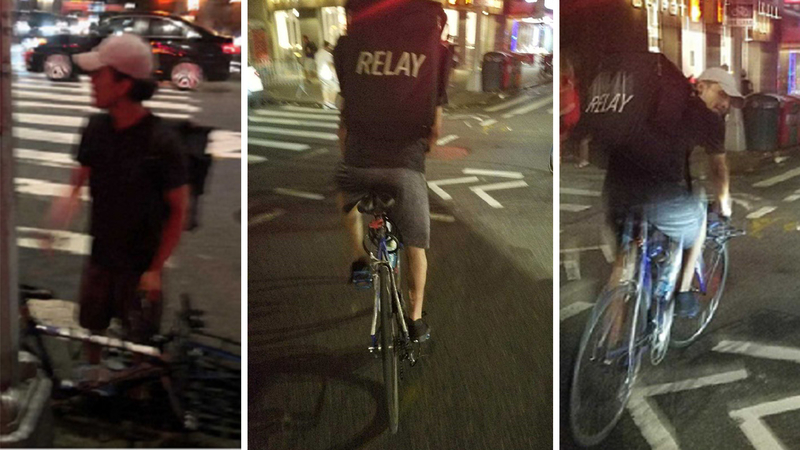 HELL'S KITCHEN, Manhattan (WABC) -- Police are searching for a delivery man accused of attacking a man during an argument in Manhattan last month.

The food delivery worker is accused of delivering blows to a man's head with his bike chain.

It happened just before 11 p.m. on July 26 on Ninth Avenue at 46th Street in Hell's Kitchen.

Police released pictures of the delivery worker on his blue 10-speed bike. He apparently works for a courier company called Relay.

The 22-year-old victim said he an the suspect got into a verbal dispute after they almost ran into each other on the street.

The victim attempted to walk away, police said, before the man on the bike removed his bike chain, wrapped it around his hand and punched the victim in the back of the head.

The injury was so severe that the victim was hospitalized at Bellevue Hospital in critical condition.

Relay says they are cooperating with police to try and find the suspect.

The suspect is described as a Hispanic man, 5-foot-7' to 5-foot-8, last seen wearing a black backpack with the word "RELAY" on the back.