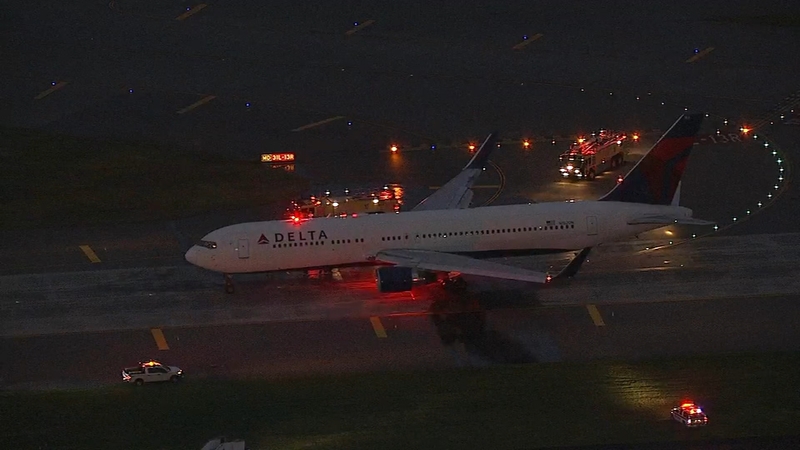 NEW YORK (WABC) -- A Delta Airlines flight was met by firefighters after it landed in New York City with smoking brakes.

The 767-300 plane had just landed at around 6 a.m. at John F. Kennedy International Airport when the smoke condition was reported.

Port Authority firefighters responded and started to spray water onto the landing gear under the right wing.

No one was hurt. The plane continued on to the gate.

Delta released a statement saying, "Delta flight 472 operating from Sao Paulo to New York (JFK) landed safely, and was towed to the gate due to a potential mechanical issue. Customers deplaned normally. The safety of Delta's customers and employees is always our top priority."