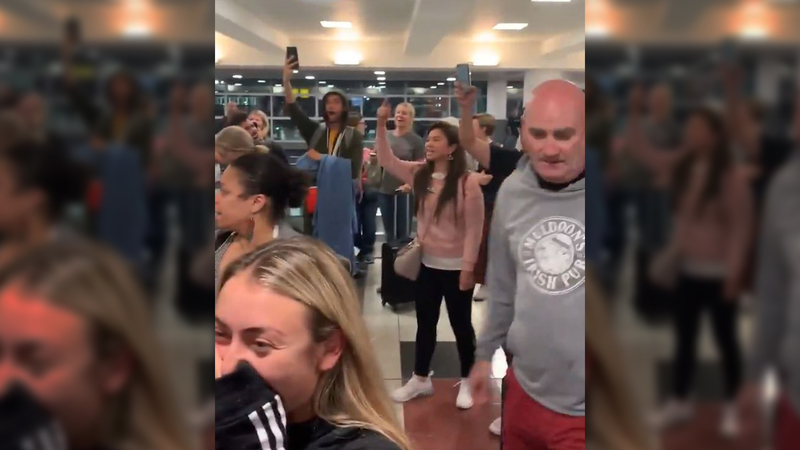 NEW YORK (WABC) -- Passengers, including "Dancing with the Stars" dancers, are furious with Delta after their flight from New York to Los Angeles was delayed multiple times -- and no hotel vouchers were offered.

Delta said flights were delayed due to weather in the Northeast.

Customers were offered water and snacks, but no hotel vouchers.

DWTS dancer Emma Slater posted video to Twitter showing a crowd of passengers jeering at an airline staffer who announced that no sleeping accommodations would be offered.

She said that passengers waited on the tarmac for a total of eight hours.

Check this out. Disgraceful. @Delta telling the hundreds of passengers of flight 975 (after waiting on the tarmac for a total of 8 hours and having to get off the aircraft twice for a multitude of reasons including mechanical) that they won’t provide hotels for us. @foxnewsalert pic.twitter.com/iBhuIpSRN1

In response, Delta issued an apology and said it will be offering customers a gesture of goodwill for the inconvenience.

"Delta apologizes to customers on flight 975 operating from New York-JFK to Los Angeles, which was delayed last night due to weather affecting Northeast airspace. Customers were offered water and snacks, pillows and blankets in the terminal before the flight departed at approximately 10am for Los Angeles Thursday morning," the airline said in the statement.