Democratic debate: Buttigieg says we 'need something very different' when asked about his experience 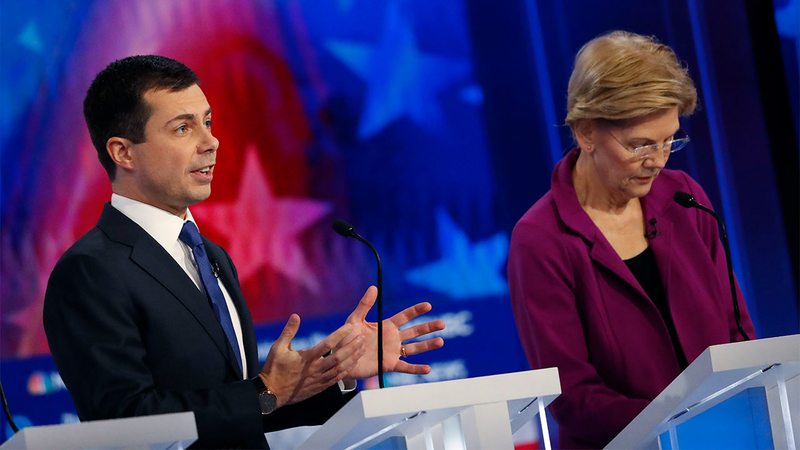 Buttigieg on his experience: 'We need something very different'

ATLANTA -- South Bend, Indiana, Mayor Pete Buttigieg defended his lack of national experience by punctuating his executive experience, albeit in a city of roughly 100,000 people.

He said during Wednesday night's debate that his isn't traditional establishment experience but that "I would argue we need something very different right now."

But Minnesota Sen. Amy Klobuchar repeated her argument that, were Buttigieg a woman, he would not be on the debate stage as a top-tier candidate for president.

Klobuchar has been arguing that her trove of passed legislation is proof of pragmatism, and victory in conservative parts of Minnesota proof she can beat President Donald Trump.