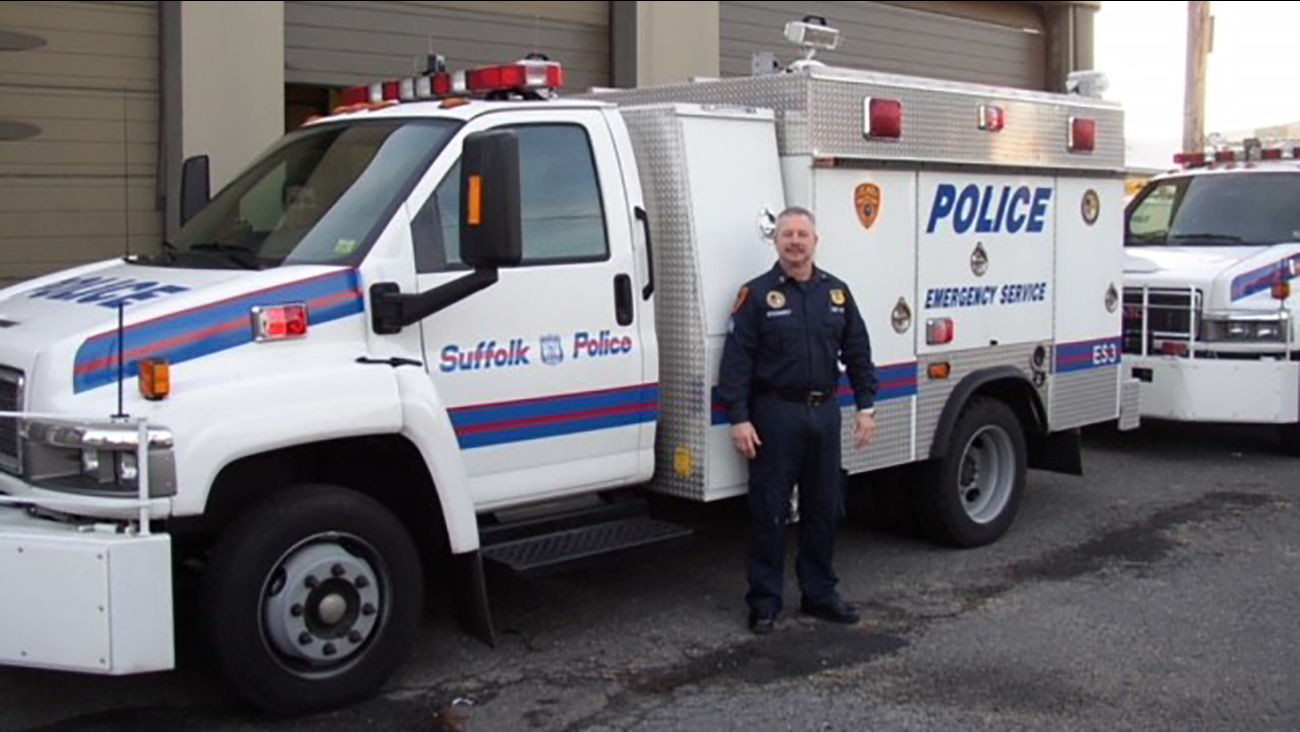 Reichardt joined the department in September 1982 and worked several years in the Second Precinct. He moved on from patrol with stints in Recruit Training Section and Applicant Investigations Section.

In 1993, he was promoted to the rank of sergeant. Reichardt spent much of his career as a supervisor in the Emergency Service Section, a command that performs a variety of services for the public including heavy rescue, extrications, confined space rescues, handling of explosives and high-risk search warrants.

As a member of the Emergency Service Section, Reichardt responded on September 11, 2001 as a bomb technician. He spent several days at Ground Zero and then worked at the Fresh Kills Landfill through the end of December 2001 screening debris.

"It sounds cliche, but Dennis was the epitome of a cop's cop," said Inspector Michael Shanahan, who met Dennis while they were recruits in the academy. "Dennis took great interest in the guys he worked with and believed family came first."

Reichardt received eight department recognitions during his career, and he also received a Police Combat Gold Medal, one of the highest awards a sworn member can receive, for his handling of an incident involving a barricaded person in 2001.

Reichardt retired from the Suffolk County Police Department in July 2011. He was diagnosed with Stage 4 pancreatic cancer in April 2017.

"I had the pleasure of being the commanding officer of Special Patrol, which oversees the Emergency Service Section, while Dennis Reichardt was a sergeant," Chief of Department Stuart Cameron said. "Even during dangerous and intense situations, Dennis always brought a sense of calm and earned the respect of his superiors and the people he led. In his passing we are unfortunately reminded of the dangers that still surround 9/11 for first responders. I have no doubt even if Reichardt knew of the risks involved, he would still have responded to serve his country."

Reichardt is survived by his wife Jean and their children Kristopher 34, Adam, 30, and Autumn 19, along with his infant grandson Jack Henry.

"Nearly two decades after the September 11 attacks, we are still losing first responders who are dying from 9/11-related illnesses," Suffolk County Police Commissioner Geraldine Hart said. "Dennis Reichardt responded to the World Trade Center on 9/11 and continued to work at the Fresh Kills Landfill to screen debris in the months that followed the attack. He served his country in its greatest hour of need and his sacrifice will never be forgotten."