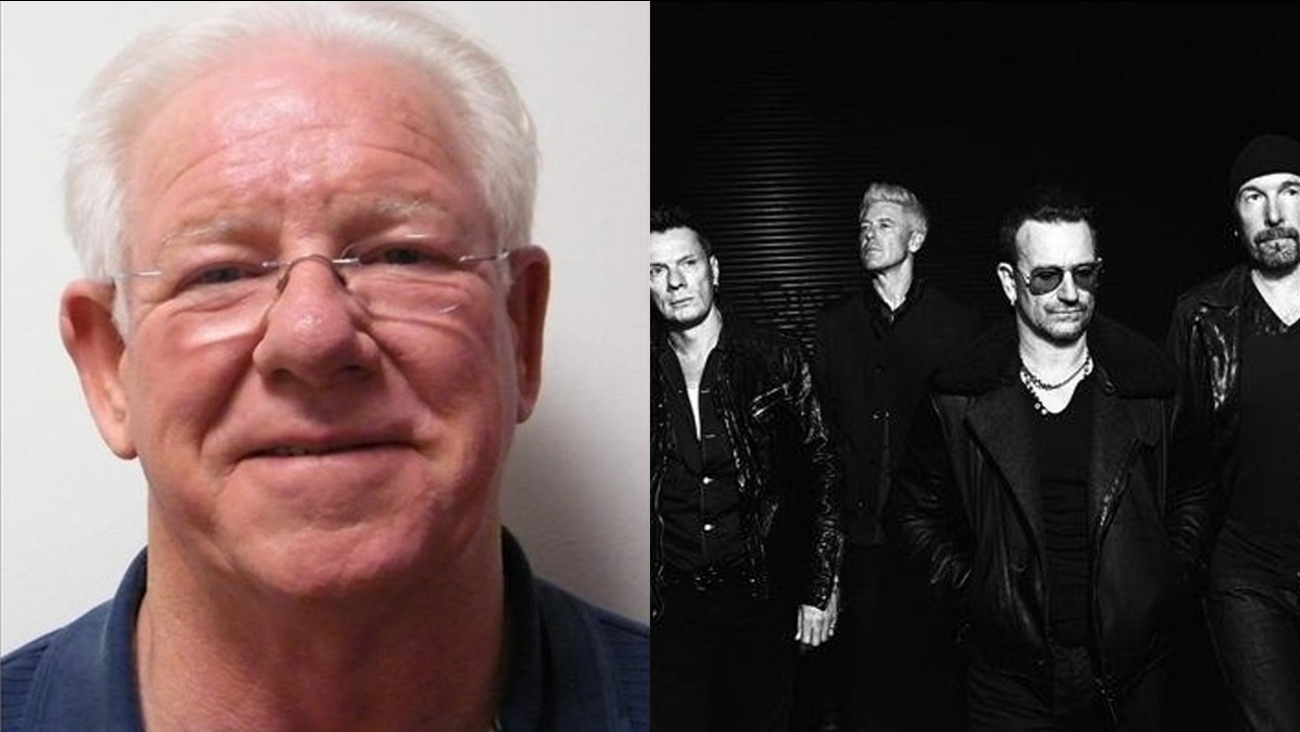 U2 tour manager Dennis Sheehan died at Marquis Hotel in West Hollywood on Wednesday, May 27, 2015. He was 68. (Twitter)

The Los Angeles County Fire Department said they responded to a cardiac arrest call at 1200 Alta Loma Road around 5:40 a.m. Sheehan was declared dead at the hotel.

"We've lost a family member, we're still taking it in. He wasn't just a legend in the music business, he was a legend in our band. He is irreplaceable," U2 front man Bono said in a statement on the band's website.

U2 performed at the Forum on Tuesday night, kicking off the first of five nights in the Los Angeles area.