Rob Nelson has the latest on the situation for commuters at Penn Station.

MIDTOWN, Manhattan (WABC) -- A return to regular rail service in and out of New York City's Penn Station is expected on Friday, according to Amtrak, NJ Transit and the Long Island Rail Road.

Amtrak President and CEO Wick Moorman says he has "every confidence that full service will resume tomorrow (Friday) morning" as repair work continued.

Moorman made the remarks during a morning news conference outside Penn Station.

"I apologize to everyone who has been inconvenienced by the recent delays and cancellations at New York Penn Station," he said. "It's our job to make sure that commuters and intercity passengers can safely and reliably travel along the Northeast Corridor and we know we let them down with these recent derailments. Our customers and partners deserve better."

The LIRR said it is planning to operate a normal morning rush hour schedule on Friday, pending the completion of track repairs.

Amtrak, New Jersey Transit and LIRR has been running modified service into and out of New York's Penn Station following a derailment on Monday.

NJ Transit Northeast Corridor Train 3926, the 7:31 from Trenton, had a slow-speed derailment while pulling into track 9 at Penn Station at about 9 a.m. Monday. NJT described it as a "minor derailment." About 1,200 passengers were on the train at the time. Five people were treated for minor injuries.

The aftermath has been days of delays, overcrowding and cancellations.

Moorman said the investigation confirmed a track problems that caused both of the derailments in the last few weeks. The first derailment involved an Acela train on March 24.

"That (derailment) was the result of a mismatch between two pieces of rails," Moorman said. "The second derailment involving the New Jersey Transit train on Monday morning was the result of the gauge of the rails widening because there were weak timbers underneath it."

Moorman said crews inspected all of the rails and changed specifications to ensure the problem that caused the first derailment never happens again. Inspections have also been launched to check all of the infrastructure around Penn Station. Maintenance practices are also being reviewed.

New Jersey Gov. Chris Christie is fuming over the derailments and subsequent delays, saying he is halting payments to Amtrak and calling for Congressional hearings.

In a letter to Amtrak's chairman published Thursday in the New York Times, Christie said he directed New Jersey Transit to withhold funds until an independent inspection verifies Amtrak's Northeast Corridor is in a state of good repair.

Moorman said the governor has a right to be upset, but added: "I will say that withdrawing funding is not going to solve any of the problems. I will also point out that New Jersey Transit to commit capital funding to Penn Station is very recent because of congressional legislation that was passed some years ago. Our commitment is to work with NJ Transit, LIRR, all of our partners to ensure that Penn Station's infrastructure is in top condition and we can operate our trains safely."

Here are some photos from the track scene, and of the initial incident: 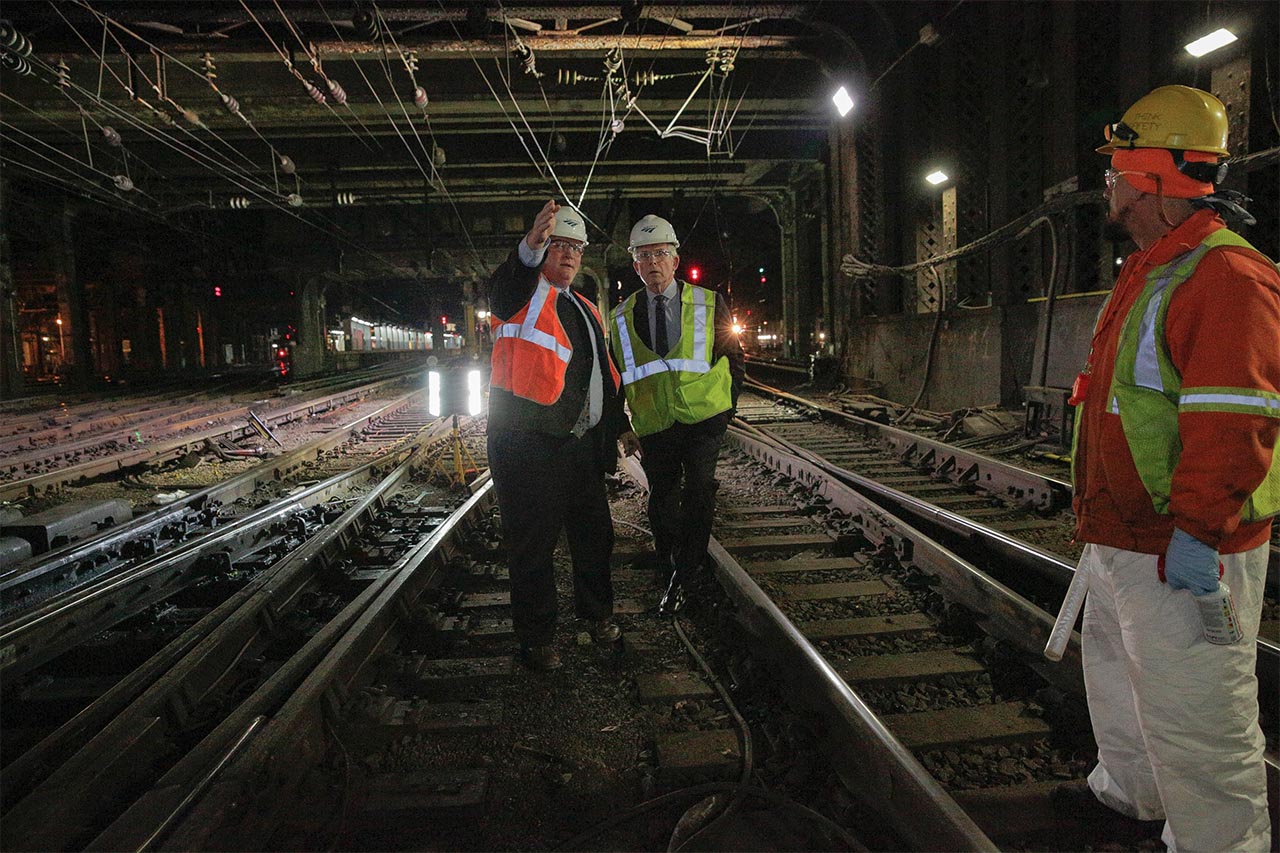 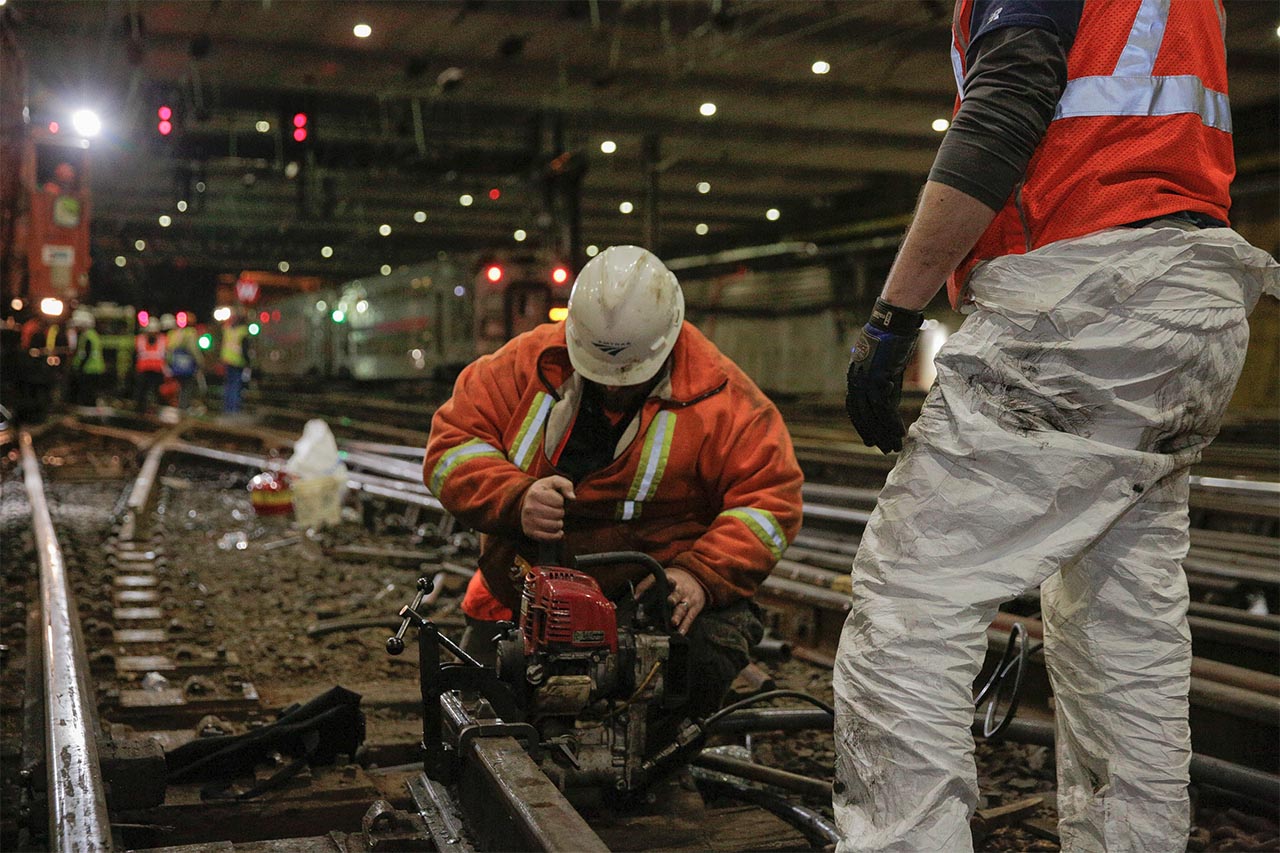 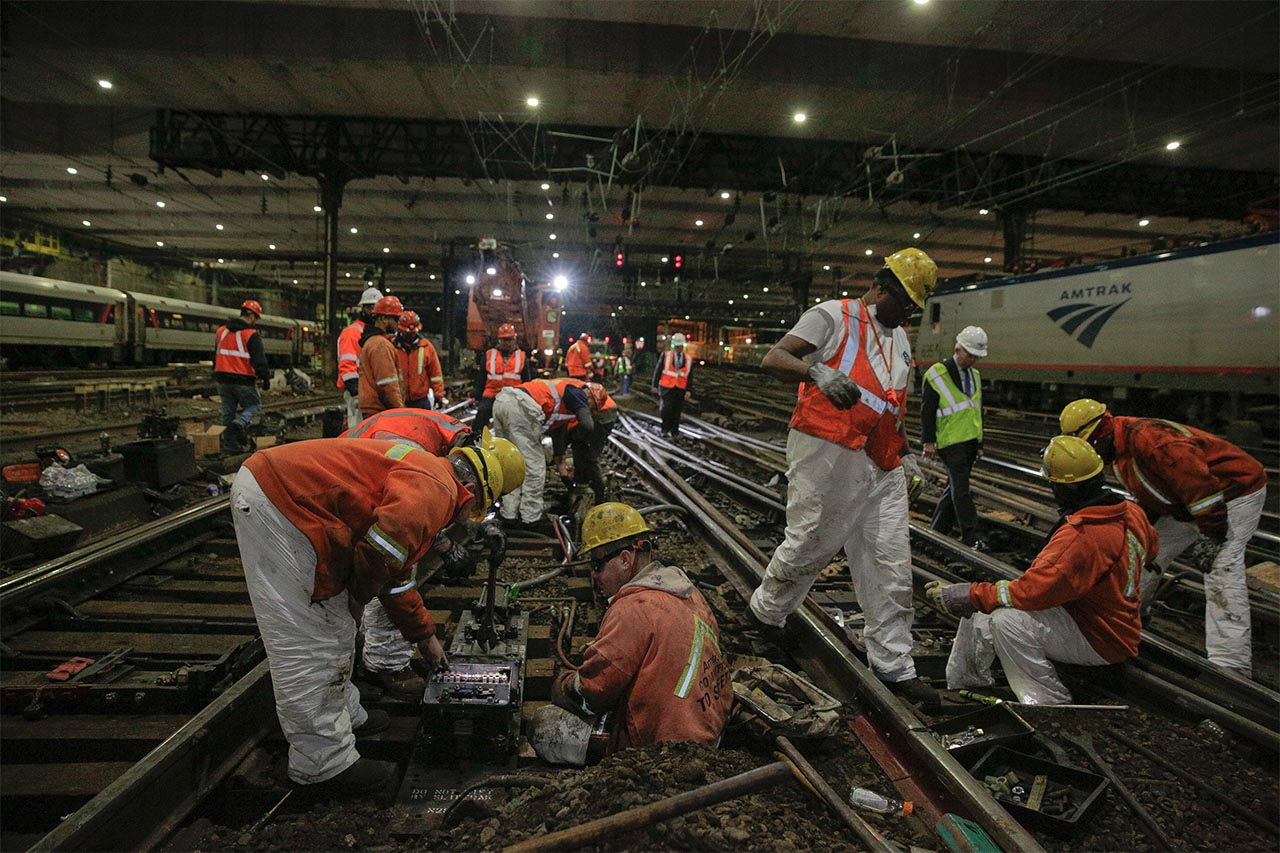 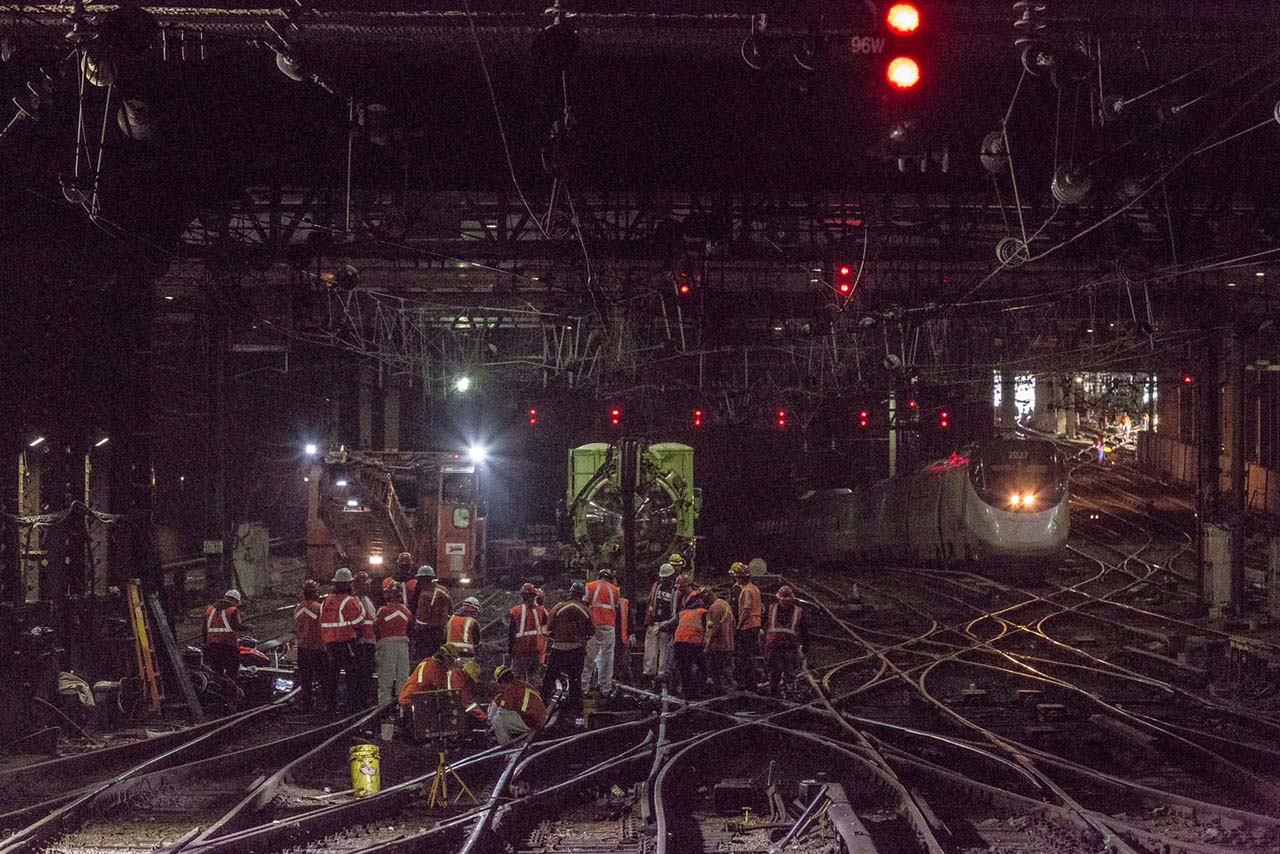 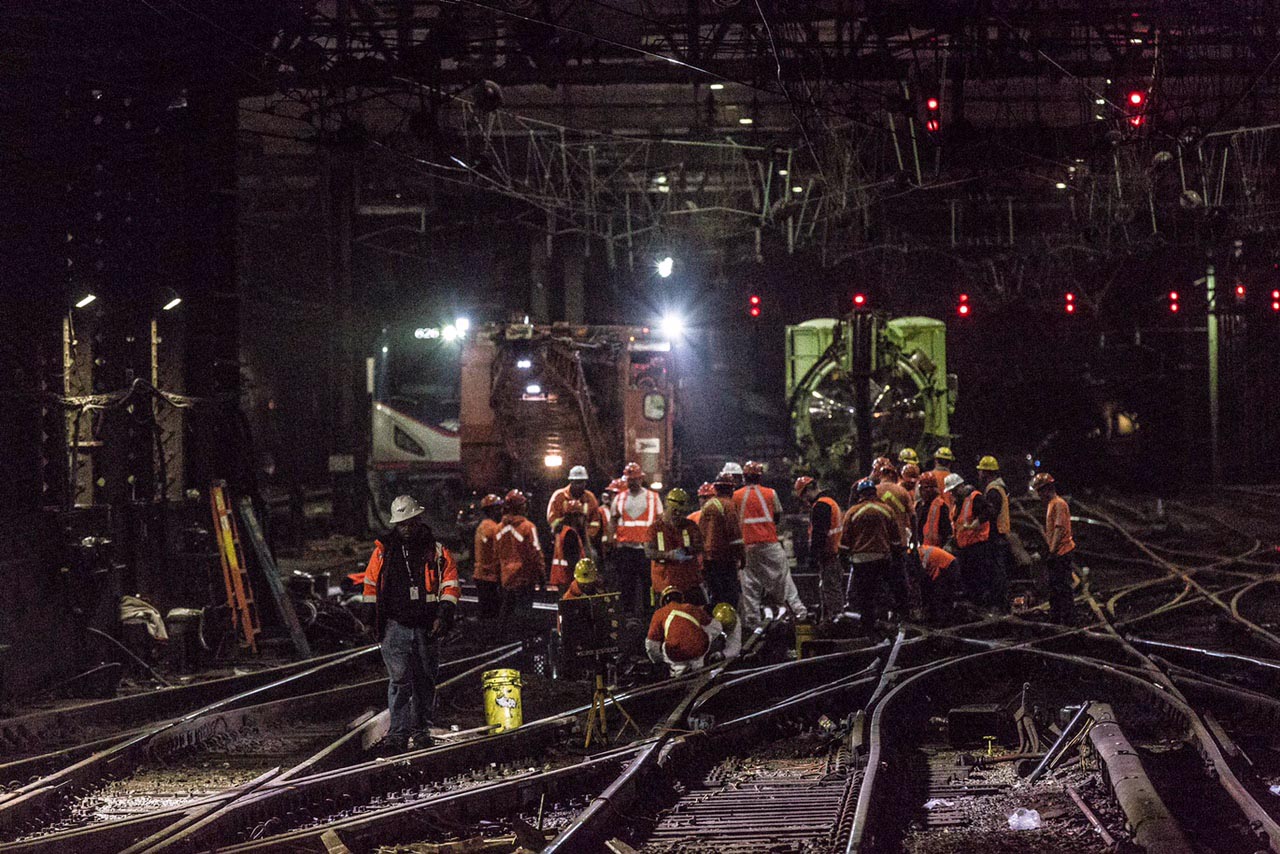 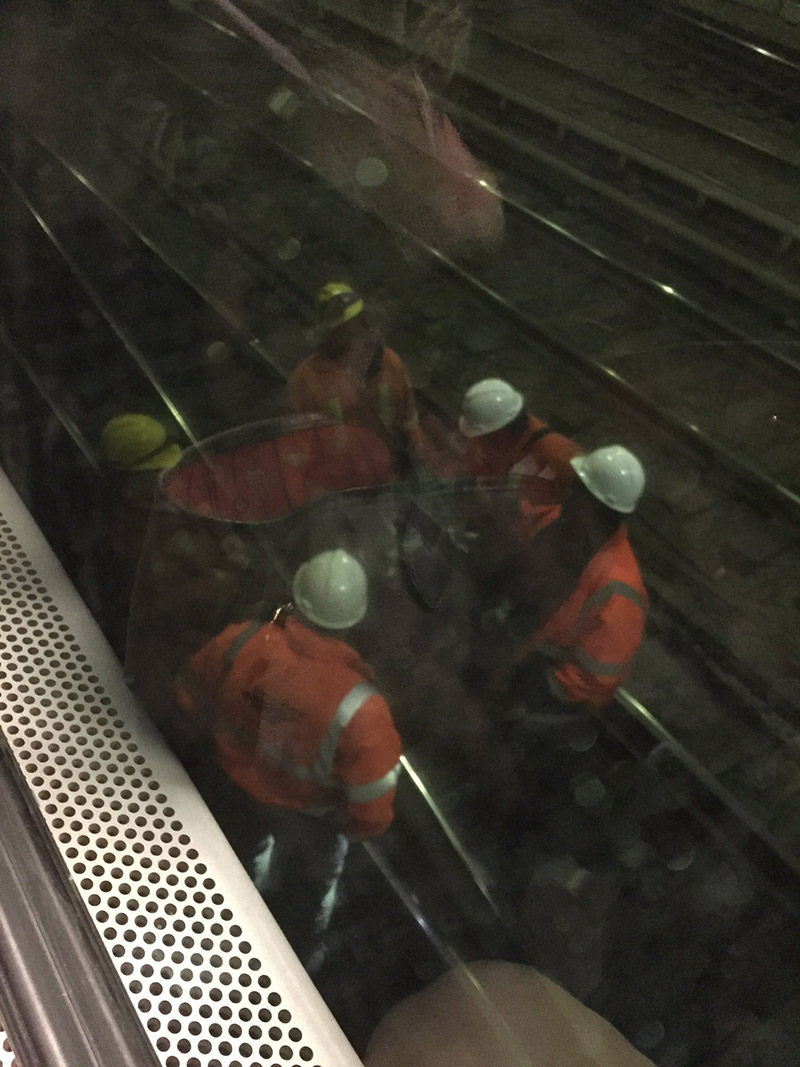 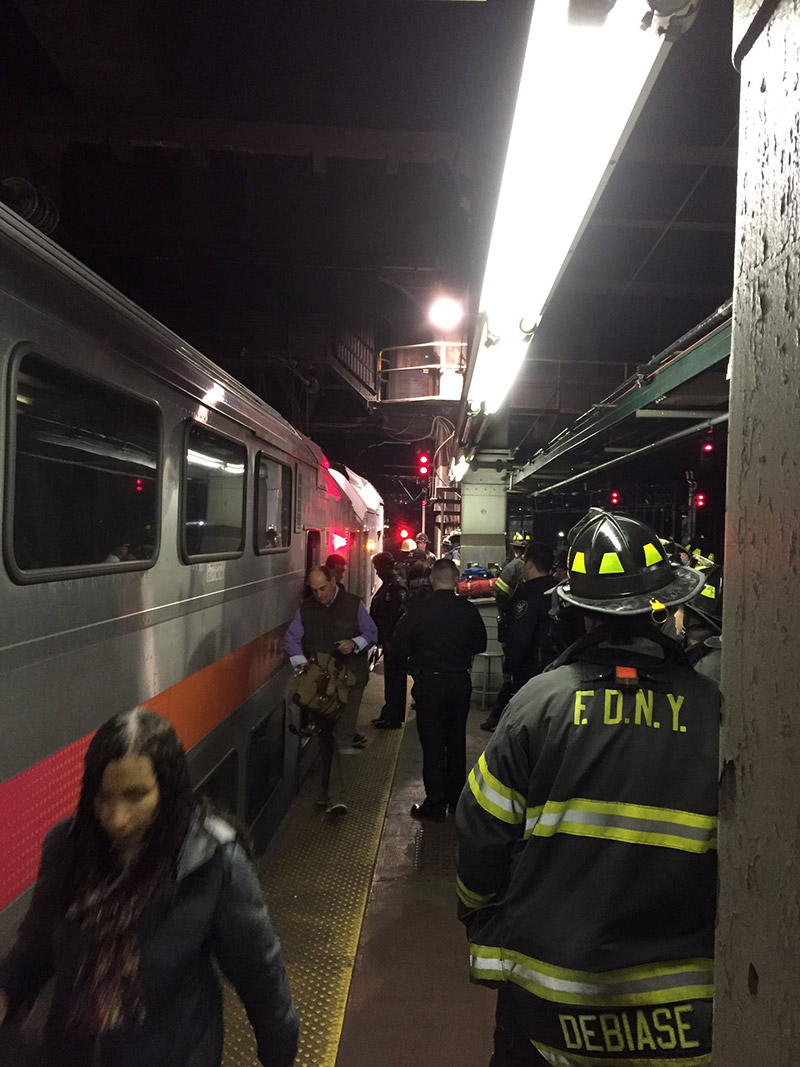 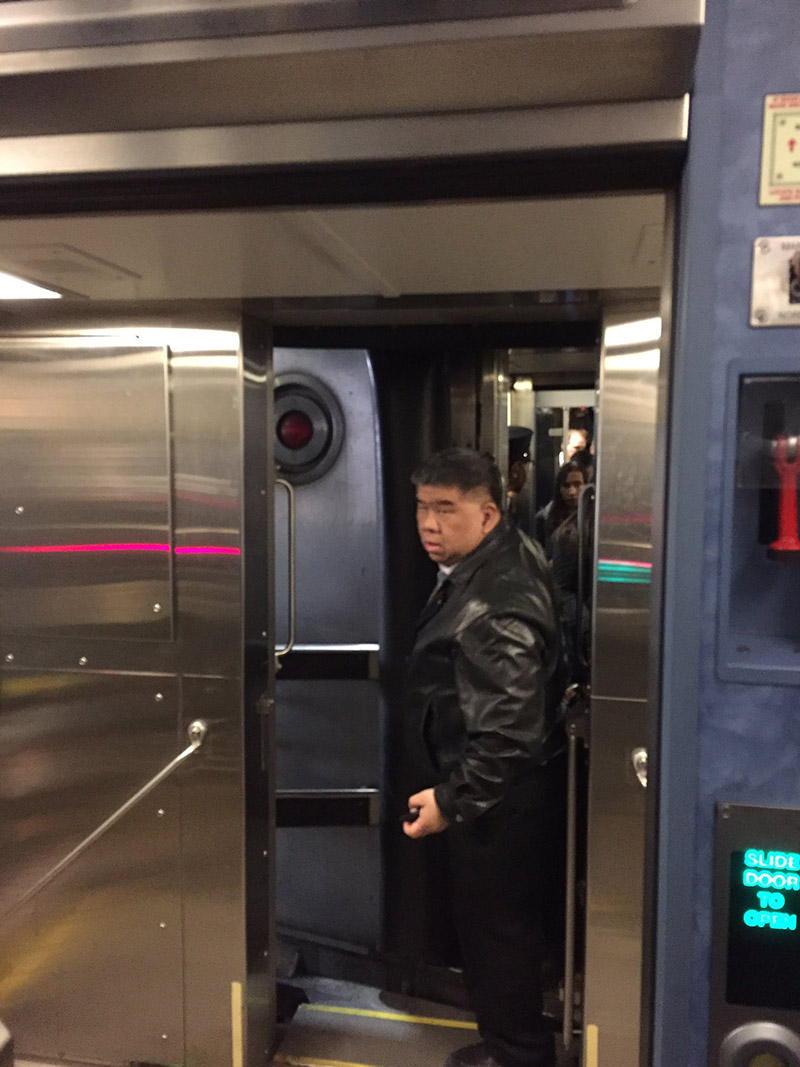 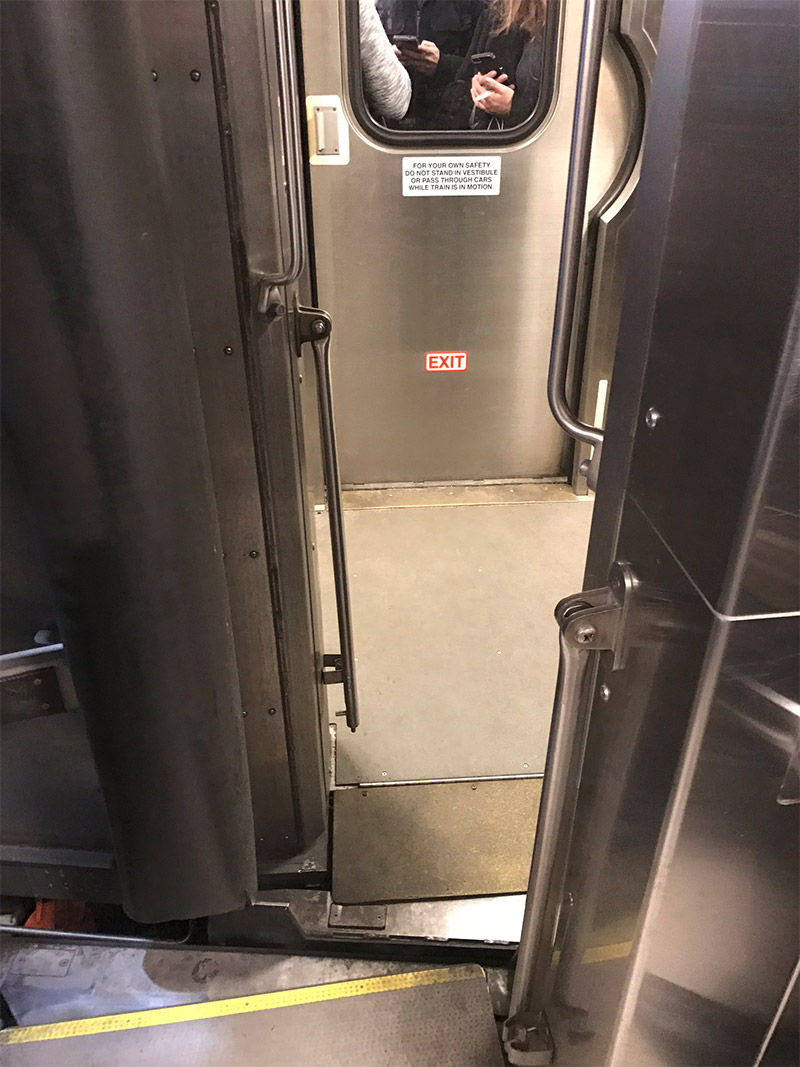 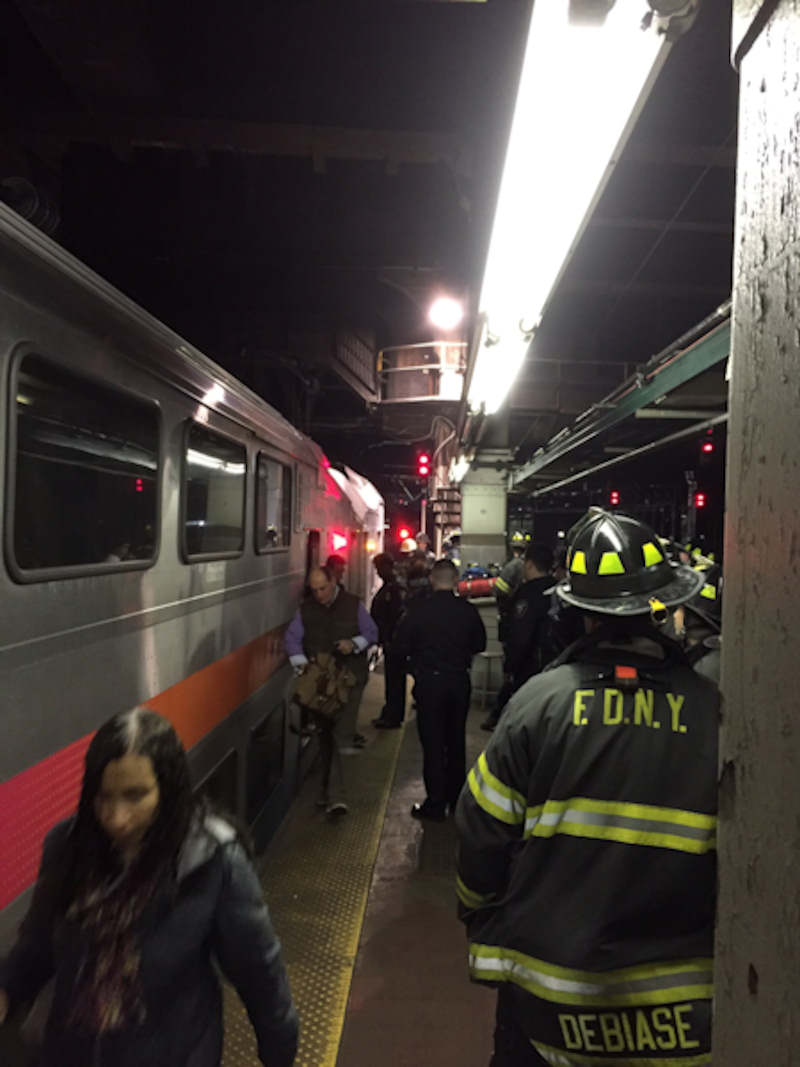 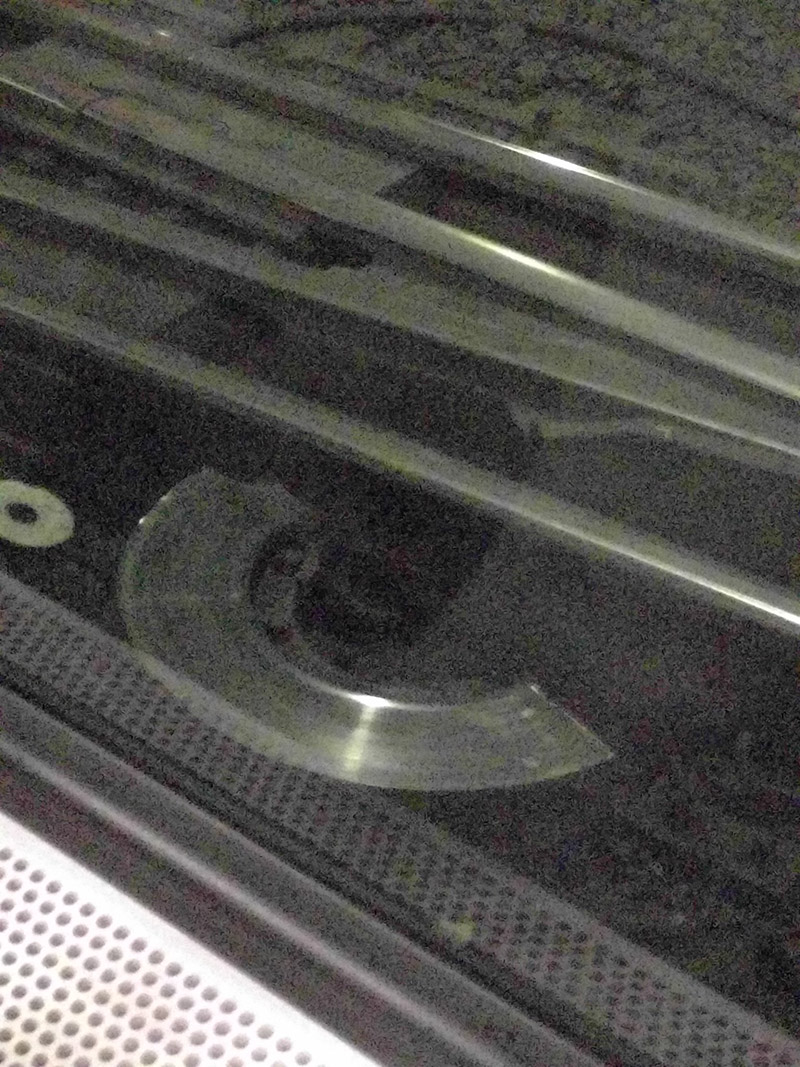 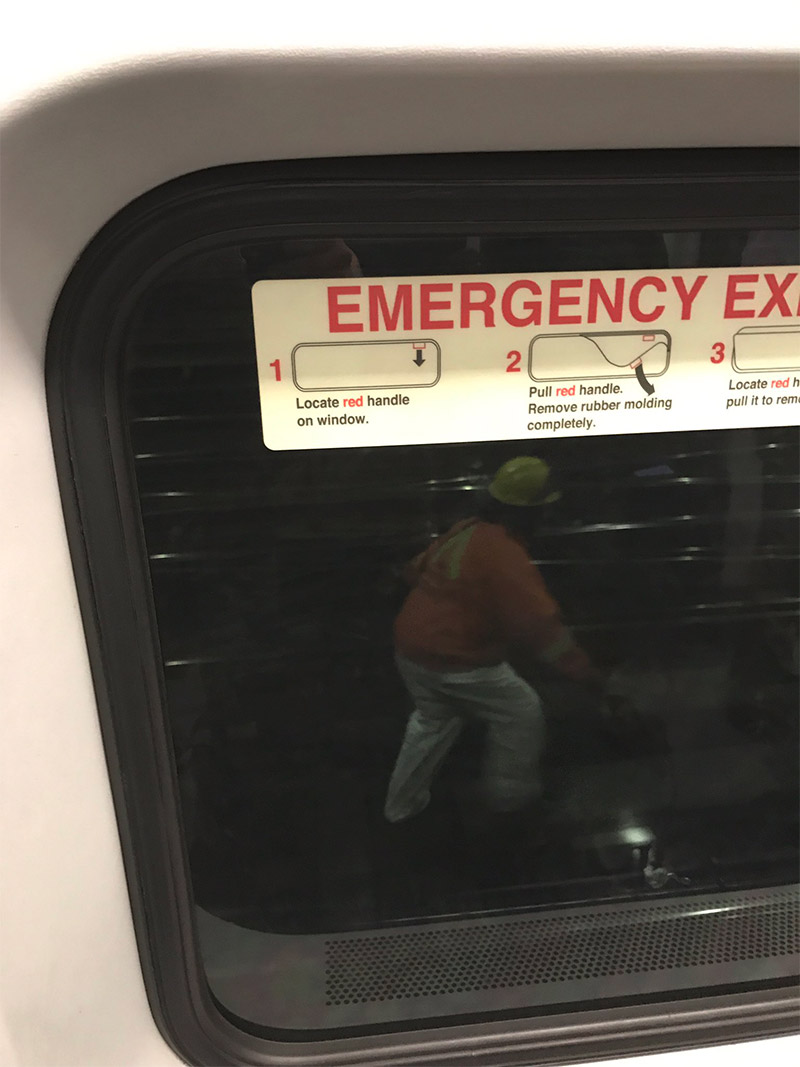 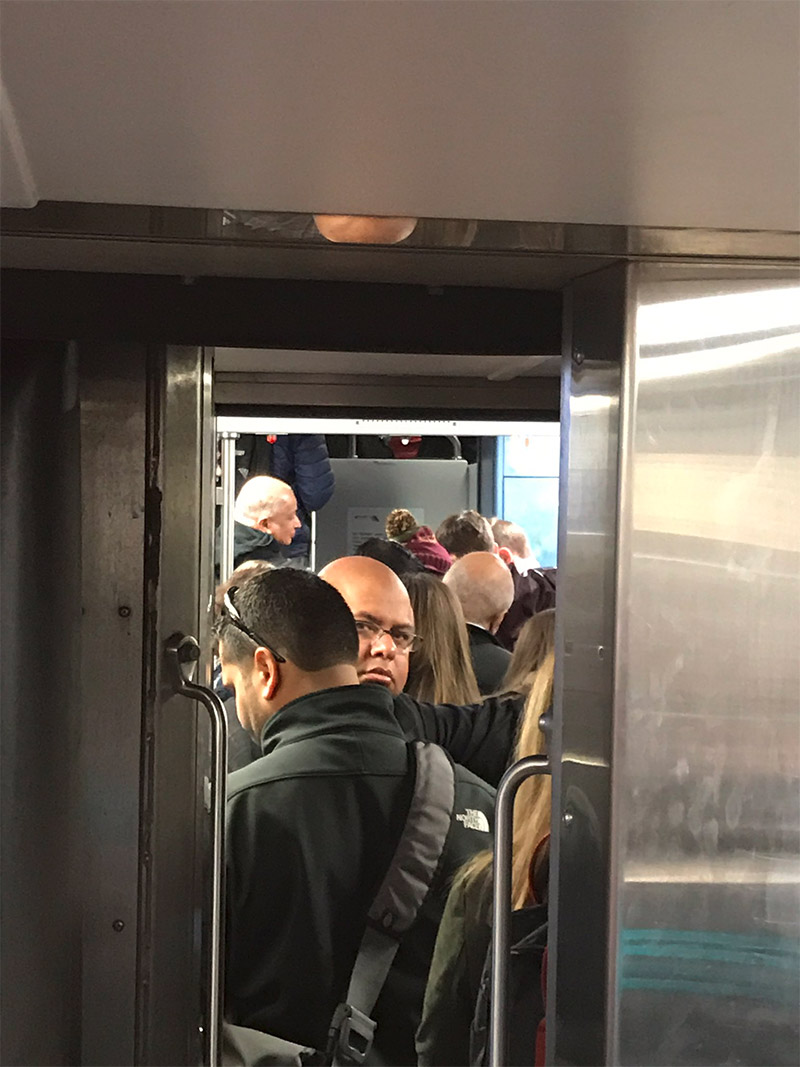 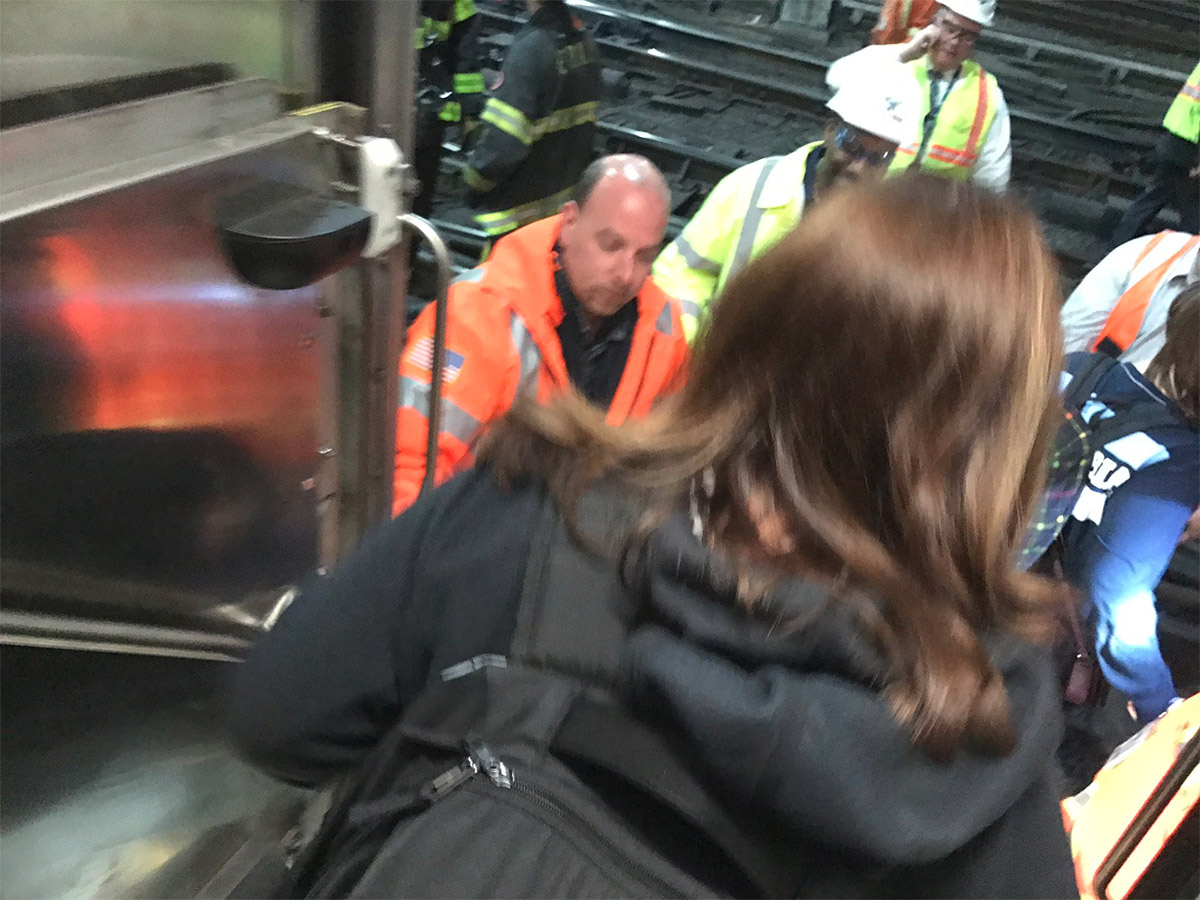 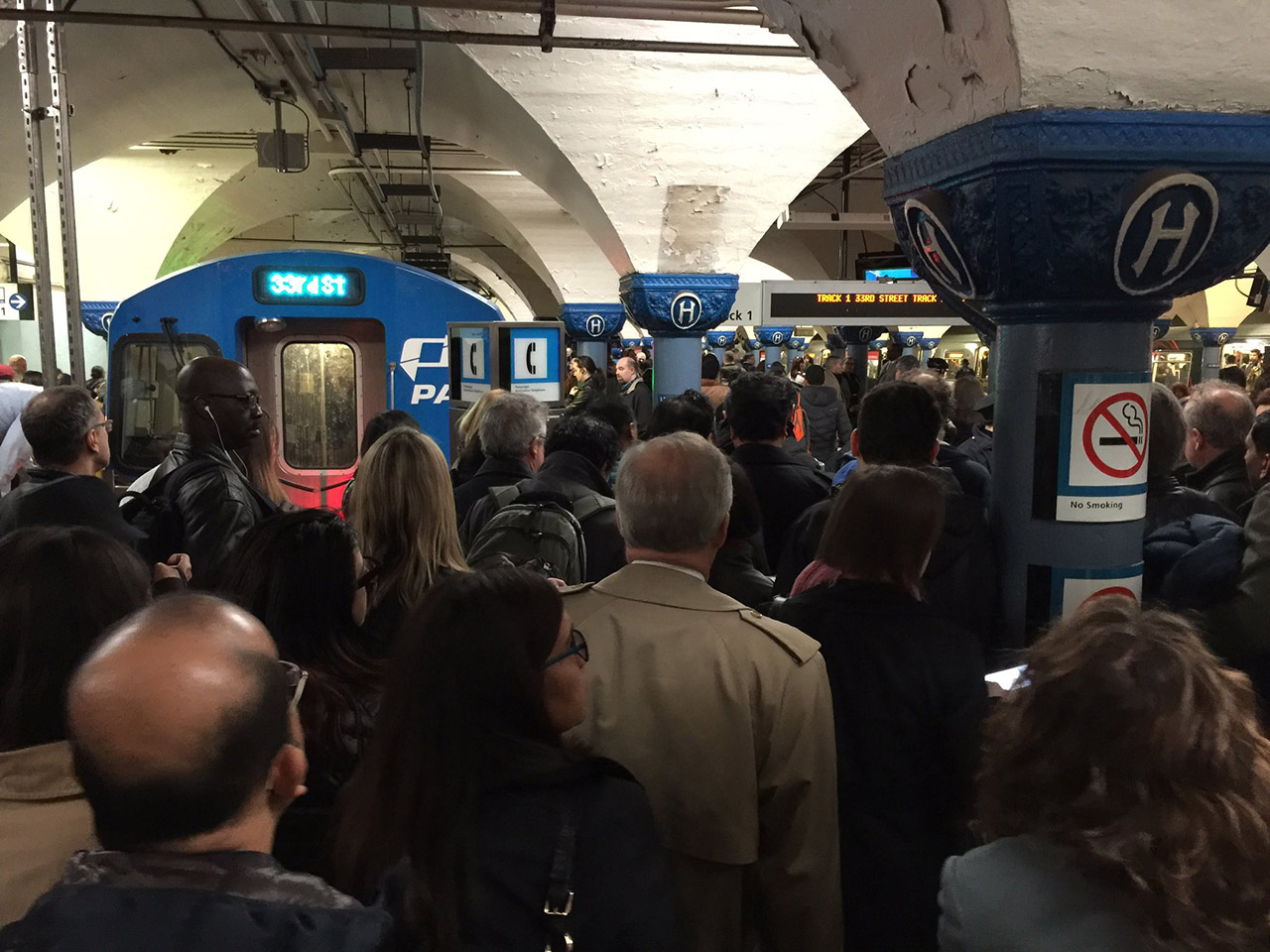 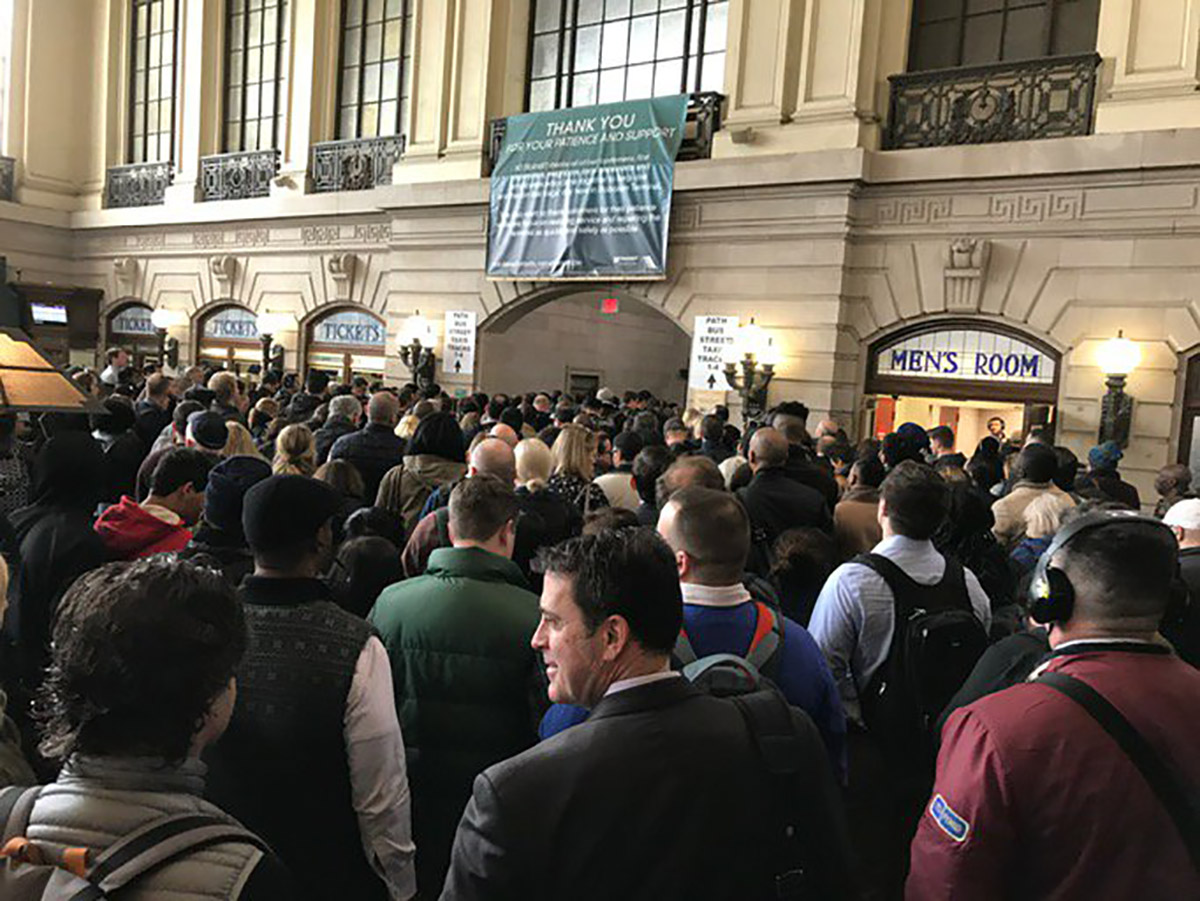 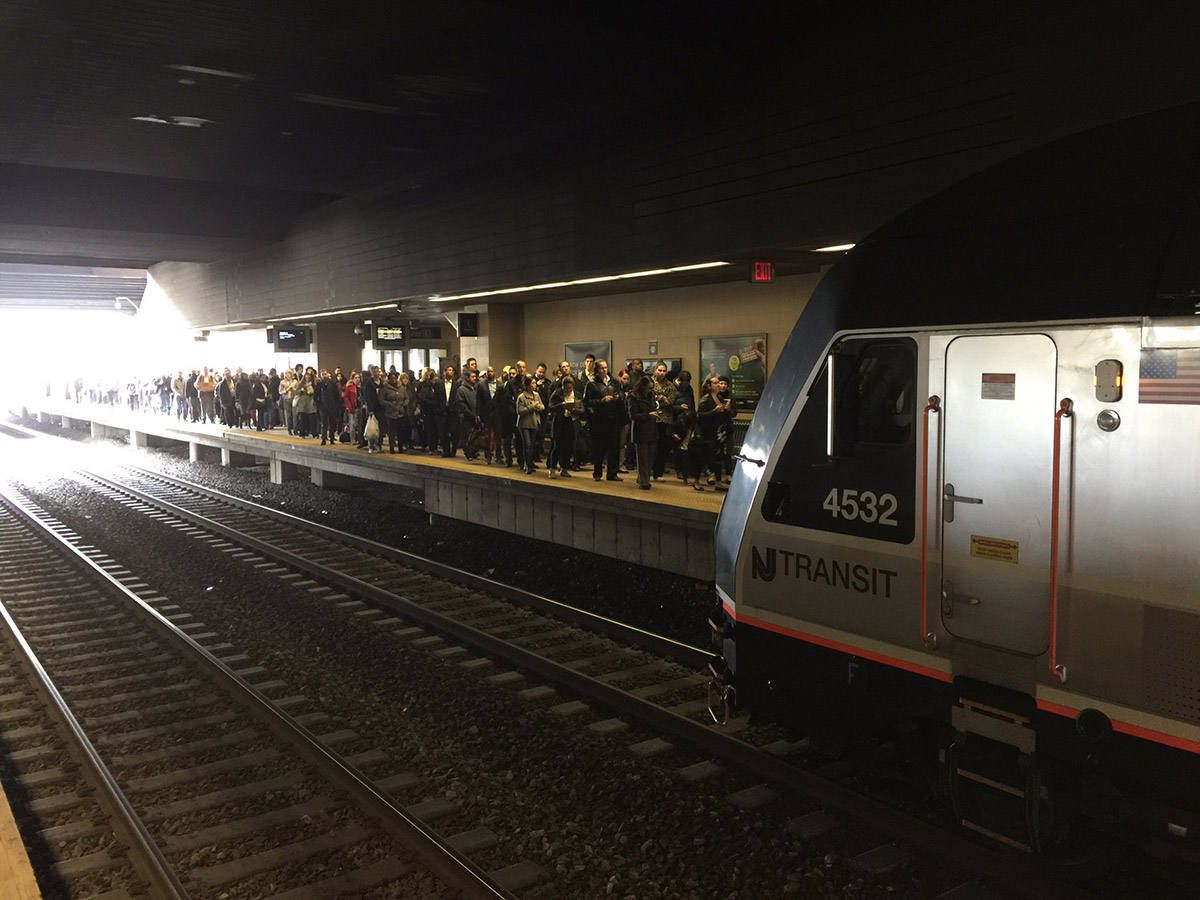 Below are the details for transit services Thursday:

A holiday schedule with some extra trains scheduled to help with crowds continued on Thursday. Click here to find the schedule for your line.

The Port Authority said it is adding additional trains on the PATH Hoboken-33rd Street and Journal Square-33rd Street lines during rush hour to help with the influx of riders.

The service restoration is also contingent on Amtrak's promise to allow overnight access to tracks throughout the Penn Station area in order to ensure LIRR can pre-position trains and crews needed to run a full schedule. The LIRR canceled or diverted 24 PM rush hours trains on Thursday. More info at www.mta.info/lirr

Amtrak will operate a modified schedule on the Northeast Corridor through Thursday. Full service is expected to resume on Friday. Customers on trains arriving/departing New York Penn Station may experience delays up to 50 minutes during rush hours and up to 25 minutes during non-rush hours.

Metro-North's customers of the Port Jervis Line and Pascack Valley Line will have regular train schedules to Hoboken. But Metro-North advises customers that train service from Secaucus will be reduced in accordance with information released by NJ TRANSIT. As a result, Metro-North's Port Jervis Line and Pascack Valley Line who are bound for New York City are advised to remain on their trains until the train reaches Hoboken. There, customers will find continuing service to Manhattan via PATH trains.

Get the latest information at www.mta.info/mnr. 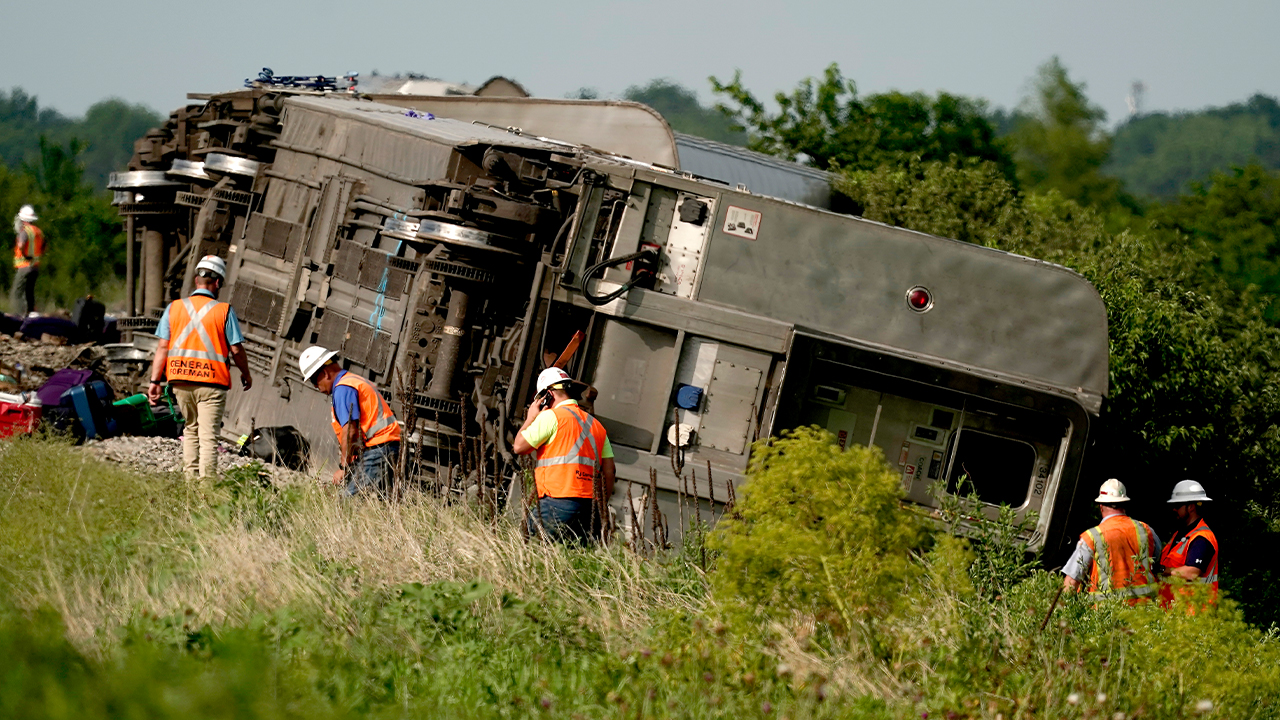 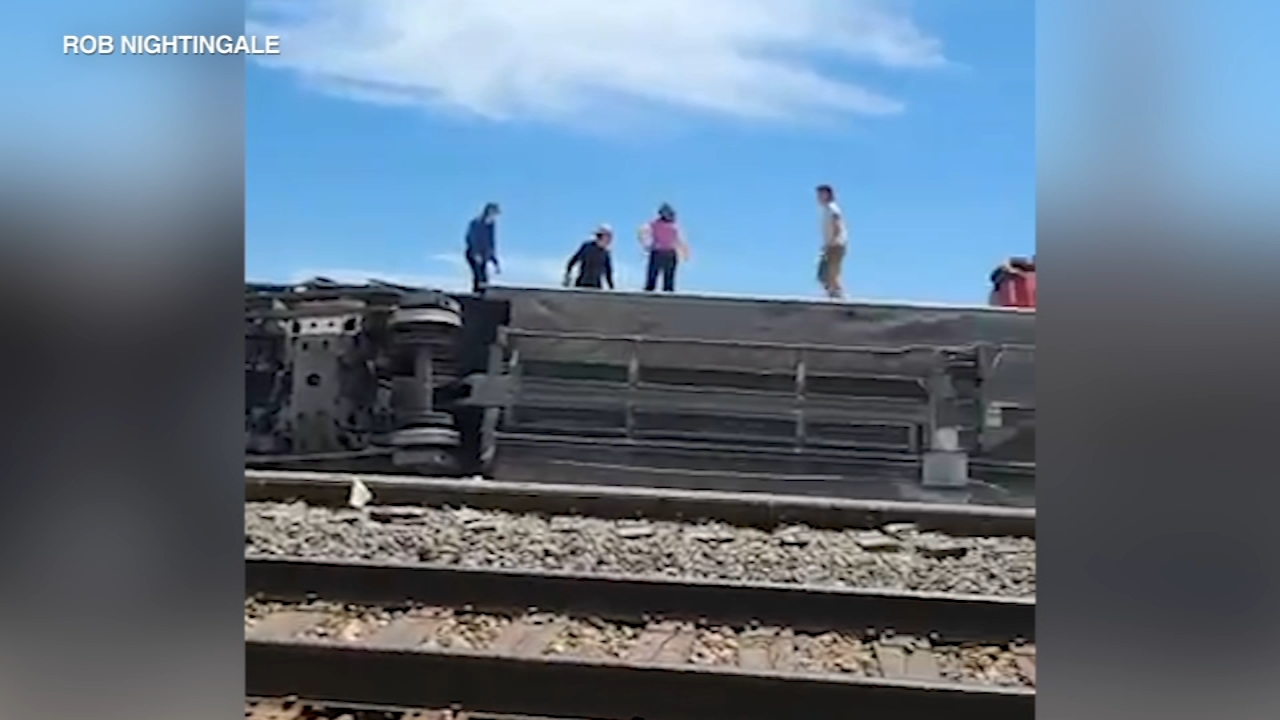 3 dead, at least 50 injured after Amtrak train derails in Missouri 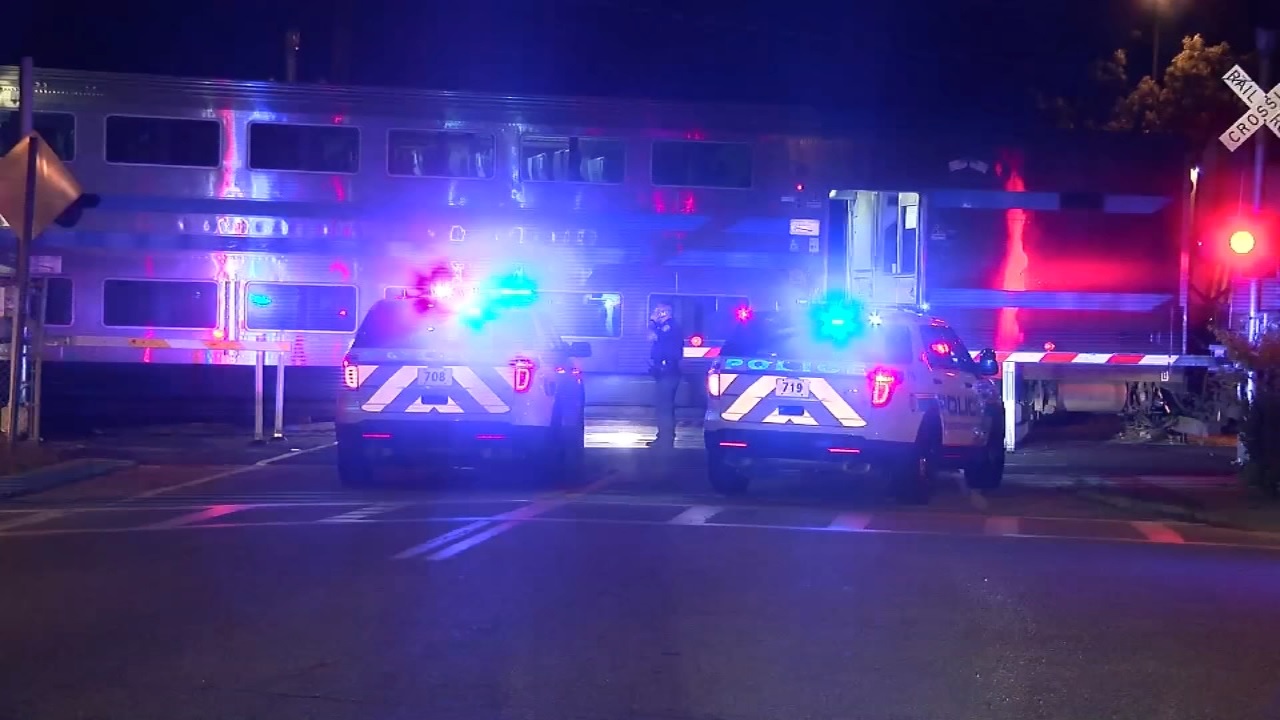