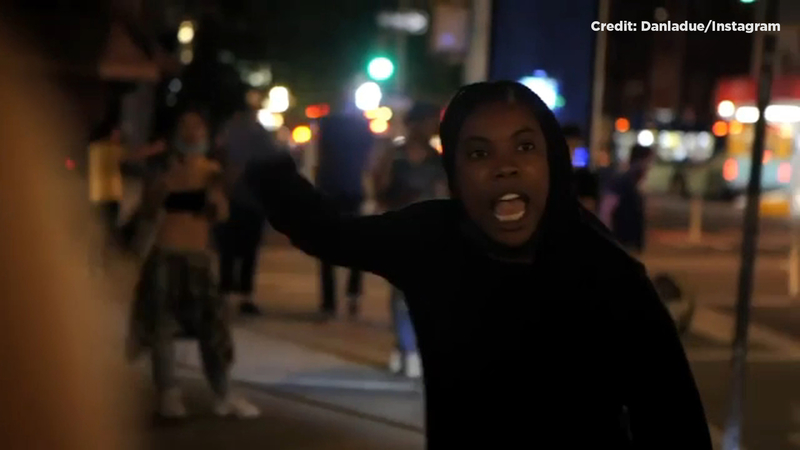 EAST VILLAGE, New York City (WABC) -- A New York City woman's impassioned plea to a group of looters to stop what they were doing is resonating with people across the country.

Desiree Barnes said she approached the group Saturday night in the East Village after they began looting the stores below her apartment.

That is when a man on the street noticed her message and started filming.

"You are here profiting off of our pain," she said. "You think about what it's like to be a black woman in this neighborhood who lives with people in public housing."

Barnes, who was an aide to President Obama, went on to tell the vandals that they don't even realize who they are hurting with their actions.

"And you think it's OK to take down a neighborhood, you don't see corporations here, there are human beings that live in this neighborhood," Barnes said.

She went on to urge protesters to make sure they are registered to vote.

The man who captured the video, Dan Ladue, said he wanted to help her get her message out.

"The resonance from people from all walks of life, all across the board, both sides of the aisle, is something I haven't seen from people in a long time," Ladue wrote. "She's a New Yorker, she knew what she was doing."

He said he could tell she was frustrated and wanted to be heard, and based off the overwhelming response he received after posting the video, he said he knows she isn't alone.
PHOTOS: George Floyd protests erupt into violence in NYC