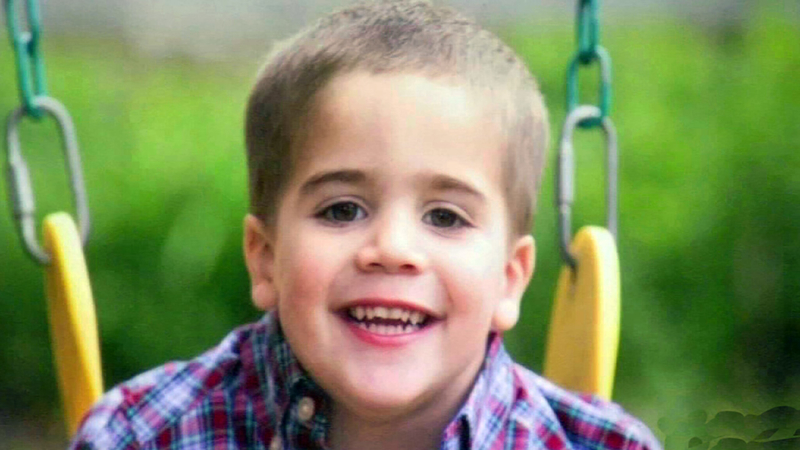 CHICAGO -- It was a touching day in the Mount Greenwood neighborhood of Chicago, where 7-year-old Anthony Pappalas lived with his family until he died from a rare form of brain cancer one year ago.

On Thursday, dozens of people gathered to remember Anthony, release balloons and dedicate a neighborhood block in his name - Anthony J. Pappalas Avenue.

Anthony's mother, Katie Gaskin, stood on corner of 108th and Trumbull Avenue, thanking everyone who came to remember her son, including the alderman, police officers, firefighters, community members and, most importantly, her own family.

"It's difficult, but to us we're very proud of Anthony and the legacy he left behind," she said. "He never once ever gave up. He was always smiling and laughing and caring about others and telling them not to worry, that everything was going to be OK."

His neighborhood block was decorated with orange and gray ribbons. Orange was his favorite color, and gray is to raise awareness about brain cancer.

"Every day I live my life trying to have a little bit of Anthony in me and see the good side of things," Gaskin said.

"This is the worst form of brain cancer," said Gaskin, who learned about Anthony's diagnosis on her birthday, July 23, 2015. "There is no cure."

Anthony lived 19 months after being diagnosed. On Thursday, neighborhood children released a balloon with the letter "A" and several orange balloons into the air. Anthony's brother ripped off the paper to unveil the new street sign, too.

"We're hoping his name lives on and his memory will live on forever, that no one will forget him," Gaskin said.

There's now a foundation, too, called Anthony's Avengers. It's the Chicago chapter of the Defeat DIPG Network. Gaskin's family rallied around her and her two sons during Anthony's fight, and now they are facing a new challenge to raise awareness and money to pay for DIPG research.

"I think it galvanized us, brought us closer together than we were already - now we have a different purpose," said Mike Gaskin, Anthony's uncle. "That's fighting this terrible disease."

Katie Gaskin is ready to do just that in her son's memory- fight- through Anthony's Avengers.

"We are full force, we are hoping for it to be a success and all this money will go toward raising money and one day finding a cure for this awful disease that has taken way too many lives."