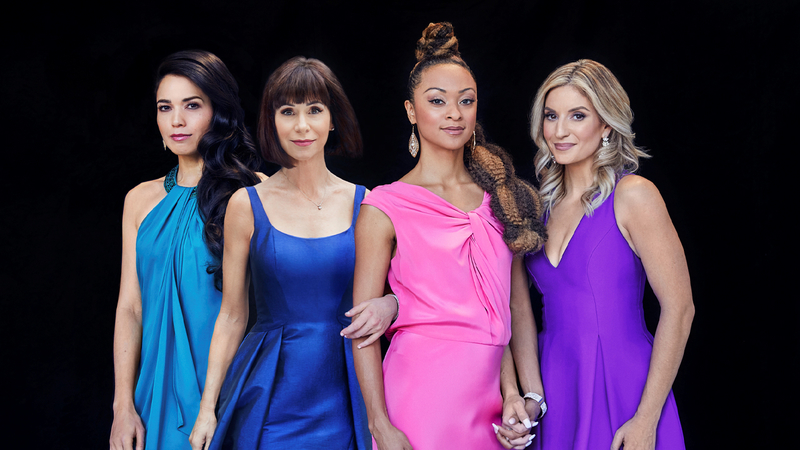 Arielle Jacobs and Syndee Winters are using their experiences as playing "Jasmine" in "Aladdin" and "Nala" in "The Lion King" respectively into this new concert, "Disney Princess - The Concert."

"It's nonstop, one after another, hit after hit after Disney hit, so we're really excited about performing these Disney songs because everybody knows the words and it feels like at some point we're all in this together celebrating all of the princesses," Winters said.

"Because it's a concert instead of a Broadway show, which means we get to direct address talk to the audience," Jacobs said. "So there are several moment during the show where we get to talk to the audience and talk about how we booked these roles and tell some behind the scenes stories."

The pair says the show has modern princesses like from "Frozen" and "Moana," some of the first princesses like "Cinderella" and "Sleeping Beauty," and of course the princesses that 90's kids love to relive their childhood through like "Ariel," "Jasmine," and "Belle."

"Susan Egan says we get to relive our VHS glory days by watching and listening to the great songs, the classic hits," Winters said.

"The little girls in the '90s who fell in love with Ariel and Jasmine grew up, but still love Ariel and Jasmine," Jacobs said.
The concert tour stops in 80+ cities around the country, and is coming soon to Newark's New Jersey Performing Arts Center on April 13.

"It's an opportunity for us to come back home after being away from Broadway for so long," Winters said. "My last time there was with Disney Musicals in Schools and so I'm really about the arts education at New Jersey Performing Arts Center and I've done a few forums so Disney Princess - The Concert is really an opportunity for us to get back there and reenergize the community, we're so excited."

For more information on the tour and tickets: https://www.disneyconcerts.com/princess/