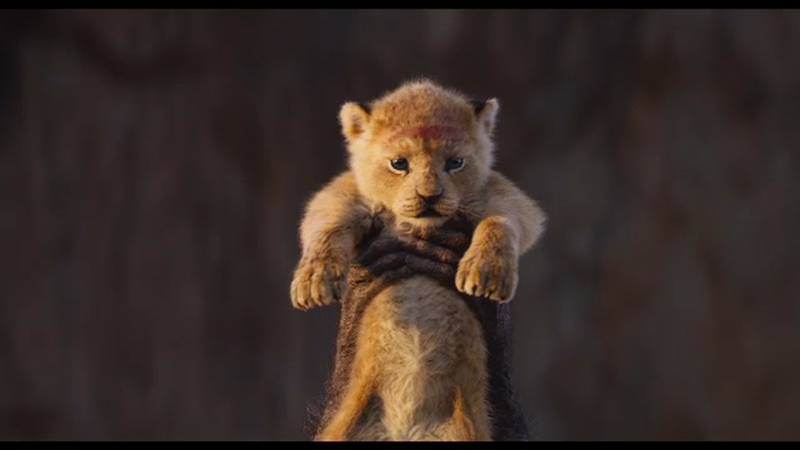 NEW YORK (WABC) -- Disney's latest live-action recreation of an animated classic roars into theaters this weekend, and "The Lion King" and its star-studded cast are sure to breathe new life into the beloved film.

Hollywood is looking to "The Lion King" to save the summer, because the box office take is running behind last year.

The new movie is the closest to a sure thing in the fickle world of the blockbuster, because as Variety points out, "The original is known to just about everyone on the planet," so it's good news that James Earl Jones is back as Mufasa."

The job of pulling together so much talent fell to Jon Favreau, the director who pioneered the use of what's called "photo-real" animation.

"To try and do something that honored the original but updating it for this version, and of course, you have some new songs," he said, "Beyonce has a new song in it."

Queen Bey also lends her voice to Nala, opposite Donald Glover as Simba.

"It's really fun to be a part of a movie that you've known your entire life," he said.

Billy Eichner and Seth Rogen provide the comic relief as Timon and Pumbaa.

"It's honestly just enormously flattering," Rogen said. "And I hope I don't let people down."

The stars gathered in Los Angeles for the movie's world premiere and then got together again for the British opening with Prince Harry and Duchess Meghan.

Performers in Broadway's "The Lion King" got their own showing of the new movie in Manhattan this week.

All these events were closed to the public, but anyone can come to "The Lion King Experience" at the Dolby SoHo.

Journey into the wild African savanna and get up close and personal with the future king in this immersive, limited-time exhibition.

The space is free and open to the public now through August 4. It is open Wednesday through Sunday from 1 p.m. to 8 p.m.