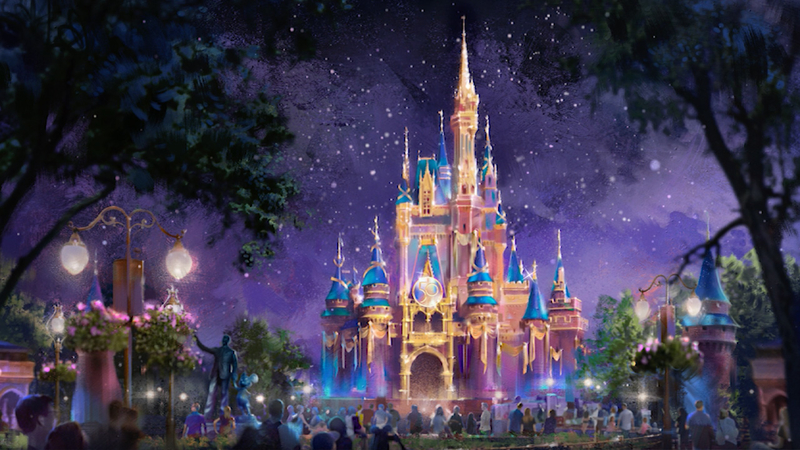 ORLANDO -- Walt Disney World is gearing up to celebrate five decades of magic 50 years after its opening day on Oct. 1, 1971.

The resort will celebrate the anniversary with an 18-month transformation starting on Oct. 1, 2021. It will start with Cinderella Castle in Magic Kingdom, which will be decorated with ornaments and embellishments for the occasion.

Mickey and Minnie Mouse also showed off their special 50th-anniversary costumes when the celebration was announced on "Good Morning America" Friday.

"It's a place and a time to celebrate the small stuff, the big stuff and even the in-between stuff. Because when you celebrate with us, nothing could be more magical," Disney World wrote on its website.

One of the highlights of its opening was a three-day grand ceremony that included a Grand Opening Parade featuring a 1,076-member marching band and the release of 50,000 multi-colored balloons.