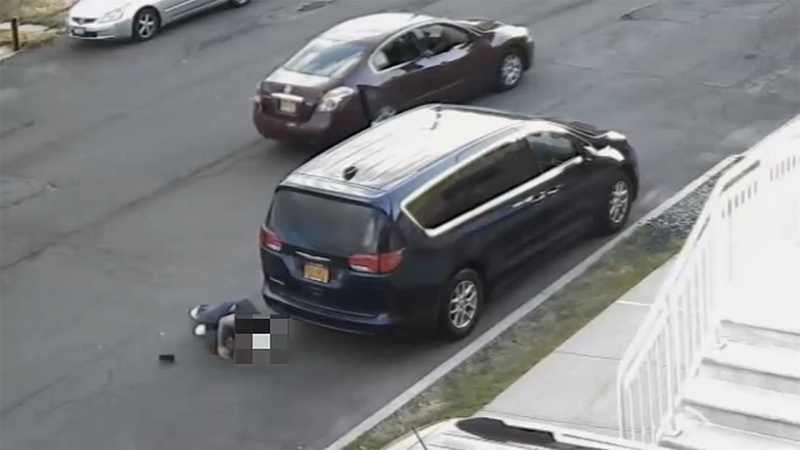 The ambush happened 6:30 a.m. along Tierney Place in Throggs Neck. A red Nissan sedan made a u-turn, eventually stopping near the home of alleged mobster Salvatore Zottola.

Zottola stepped out of his parked mini-van and ran for cover as a gunman emerged from the car and started firing. The 41-year-old eventually made his way back to the car and took off. He then began rolling in the street as the gunman continued to fire just feet away. The harrowing scene was all caught on tape.

Somehow, Zottola survived the ambush with gunshot wounds to his chest and right hand, and a graze wound to the head. He was taken to the hospital in critical, but stable condition.

It is still unclear if this incident is related to another incident just last month in which the victim's 71-year-old father, Sylvester, also a reputed mobster was arrested for shooting at a man who reportedly pulled a gun on him outside his home in the Bronx. Sylvester also survived a December attack in which he was stabbed in the neck and back after finding three people trying to rob his home.

No arrests have been made in any of the cases. Both father and son are affiliated with former Bonanno family boss, Vincent Basciano, who is now serving a life sentence for murder.

Officials say Zottola is not cooperating with police.

According to a report, a relative did speak to the press outside Jacobi Medical Center, saying, 'we want to thank everyone for their kind words, but you can go (expletive) yourself.'

The suspect remains on the loose.