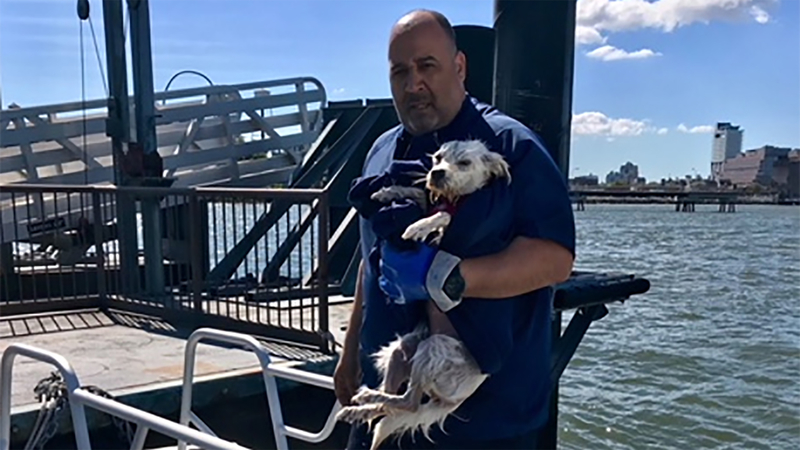 GREENPOINT, Brooklyn (WABC) -- A runaway dog who found herself swept into the East River is lucky to be alive -- thanks to the NYPD.

A woman was walking her dog, a Maltese, near Java street and West Street in Greenpoint, Brooklyn Friday morning when the dog separated from her.

The dog then ran into the East River and was apparently swept out with the tide.

The owner went into the water after her dog but was unable to grab her. The owner then got herself out of the water

At the same time, an NYPD counterterrorism boat was in the area and responded to the scene. They pulled her out of the water, wrapped her in a sweater, and reunited her with her owner.

The NYPD joked that the pup was "a little too eager to join in on Fleet Week."

This Maltese pup was a little too eager to join in on Fleet Week, so she broke loose from her owner & jumped into the water at Java St & West St in Manhattan. Thankfully, @NYPDCT Maritime Team 3 was nearby & pulled this 🐕 out of the water & wrapped her in their sweater. pic.twitter.com/QnNXSFQAw1