Dog stabbed, allegedly by another pet owner, in Brooklyn park

FORT GREENE, Brooklyn (WABC) -- A dog was stabbed, allegedly by another pet owner, in a park in Brooklyn last weekend, sparking an investigation.

It happened inside Fort Greene Park in Brooklyn Saturday morning, during off-leash hours.

The victim said his 3-year-old dog Bandit, half Great Dane and half Bernese mountain dog, had approached another dog named Rex when that owner bent down, pulled out a knife and stabbed Bandit.

He then allegedly said to the owner, "I'm going to (expletive) kill your dog."

Bandit's owner said his dog staggered away and was gushing blood, but that he was able to stop the bleeding by applying pressure.

He said Rex's owner and his partner then walked away as others in the park took pictures of them, called 911, and helped get Bandit to an animal hospital.

The owner said that thankfully, the knife did not penetrate Bandit's chest cavity, but he has a long recovery ahead. 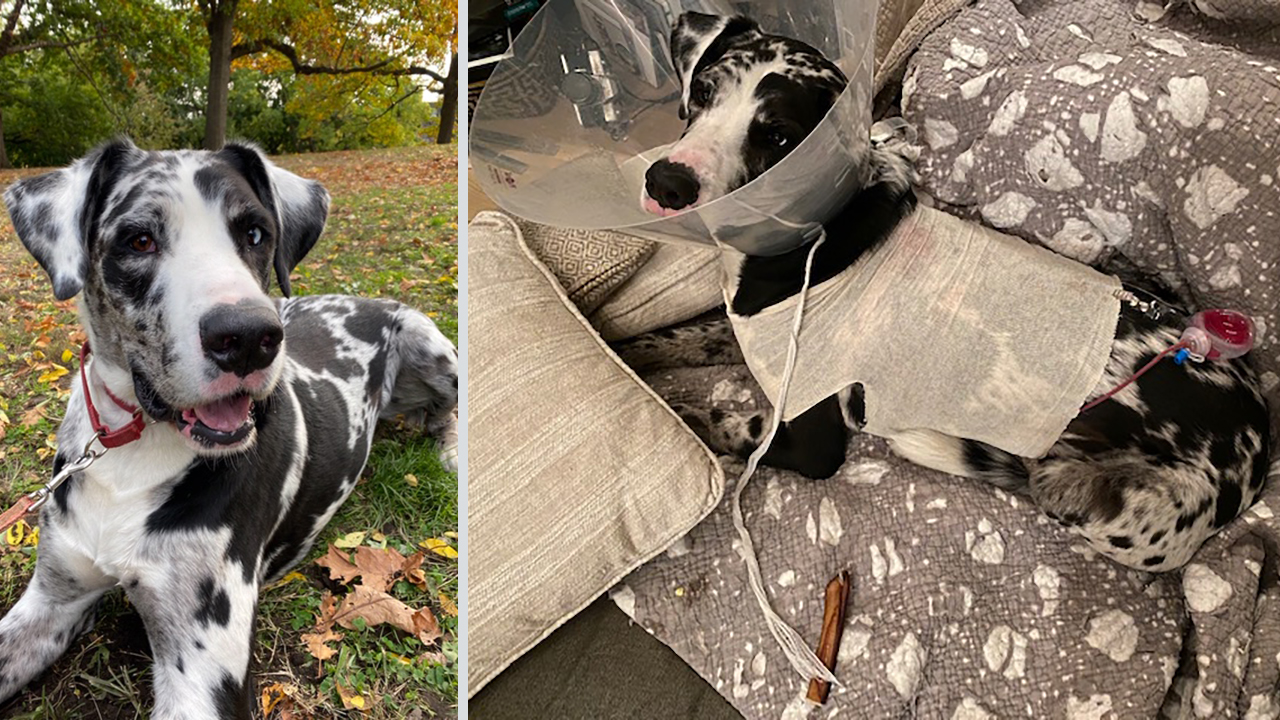 He said he only had two interactions with Rex's owner in the past, including one in which he allegedly said his dog would attack Bandit if he got too close.

He said he avoided contact after that, but there was another time they got close but walked away without incident.

There are no arrests at this time, and the investigation is ongoing.