DOJ no substitute for Trump in defamation case, judge says 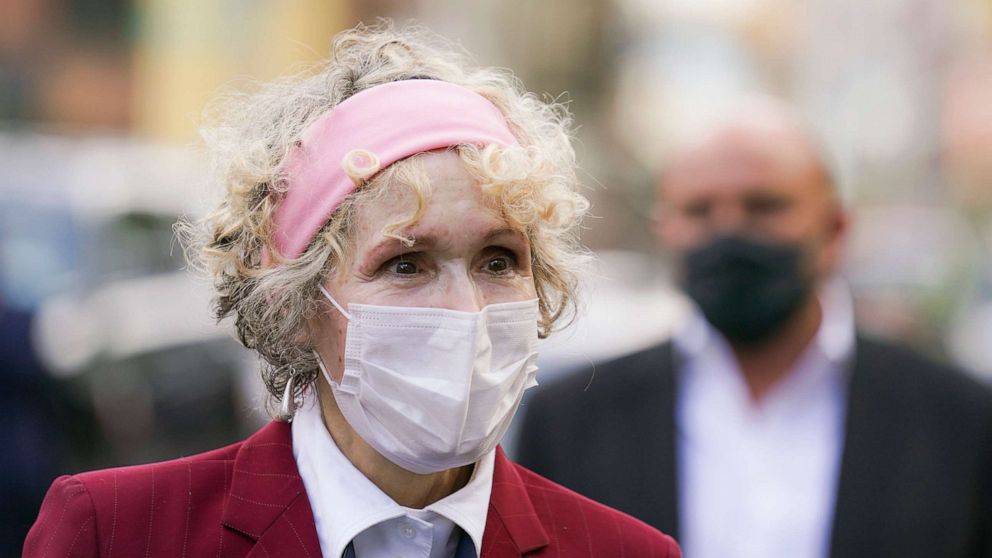 A federal judge on Tuesday rejected the Justice Department's attempt to represent the president in E Jean Carroll's defamation lawsuit against President Trump.

Carroll, a former Elle columnist, claimed in a book Donald Trump raped her in a Bergdorf Goodman dressing room in the 1990s, allegations he has denied. She sued him for defamation last year after he called her a liar and said she made up the accusation to sell books.

"While the president possesses all of the executive power of the United States, he is not an 'employee' within the meaning of the FTCA," Judge Lewis Kaplan said, referring to the Federal Tort Claims Act, which shields federal employees from individual damages claims. "The FTCA's definition of that term does not include presidents."

"There is not a single person in the United States - not the president and not anyone else - whose job description includes slandering women they sexually assaulted," Carroll's attorney, Roberta Kaplan, wrote earlier this month in a legal brief.

"The government thus asserts that this case is virtually identical in principle to a lawsuit against a Postal Service driver for causing a car accident while delivering the mail," he said in the decision. "But the word 'virtually' in the last sentence is necessary because there is an important difference between this case and the case of the hypothetical mail driver."

Roberta Kaplan, Carroll's lawyer, said in a statement Tuesday: "The simple truth is that President Trump defamed our client because she was brave enough to reveal that he had sexually assaulted her, and that brutal, personal attack cannot be attributed to the Office of the President. Judge Kaplan's words speak for themselves."

Added Carroll: "When I spoke out about what Donald Trump did to me in a department store dressing room, I was speaking out against an individual. When Donald Trump called me a liar and denied that he had ever met me, he was not speaking on behalf of the United States. I am happy that Judge Kaplan recognized these basic truths. As the judge recognized today, the question whether President Trump raped me 20 years ago in a department store is at 'the heart' of this lawsuit. We can finally return to answering that question, and getting the truth out."

After Carroll made public her allegation, the president said in June of 2019: "No. 1 she's not my type. No. 2 it never happened."

Carroll sued Trump in 2019, accusing him of defaming her with his denials.

In the mid-1990s Carroll said she and Trump were in the lingerie department, where, according to the complaint, Trump insisted that she try on a bodysuit. Carroll alleged that what she first perceived as playful banter took a dark turn when Trump closed the door of a dressing room, pushed her against a wall and began kissing her without her consent. She then claimed he pressed her against the wall once more, pulled down her tights and forcibly raped her for several minutes until she managed to push him off and flee the store.

Roughly two hours after New York magazine published an excerpt from Carroll's book in which she described the above, the president issued a public statement to media outlets. It said in part: "Regarding the 'story' by E. Jean Carroll, claiming she once encountered me at Bergdorf Goodman 23 years ago. I've never met this person in my life. She is trying to sell a new book - that should indicate her motivation."
Report a correction or typo
Related topics:
abc newsnational
Copyright © 2020 ABC News Internet Ventures.
More Videos
From CNN Newsource affiliates
TOP STORIES