NY AG files motion for $10,000 a day fine against Trump for not complying with subpoena 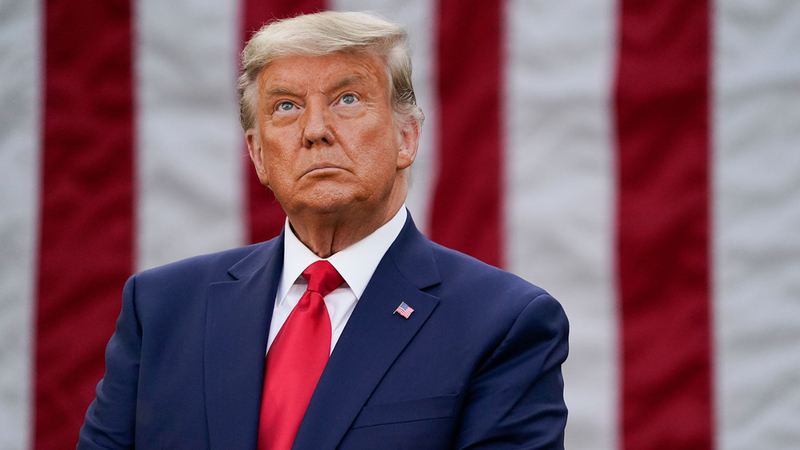 NEW YORK (WABC) -- New York Attorney General Letitia James is taking legal action to hold former President Donald J. Trump in contempt for his refusal to comply with a court order to produce documents in response to a subpoena served on him by the Office of the Attorney General as part of its ongoing investigation into his financial dealings.

The motion for contempt, filed in New York County State Supreme Court, seeks to impose a $10,000 fine on Mr. Trump for every day that he continues to violate the court's order to produce these documents.

"The judge's order was crystal clear: Donald J. Trump must comply with our subpoena and turn over relevant documents to my office," said Attorney General James. "Instead of obeying a court order, Mr. Trump is trying to evade it. We are seeking the court's immediate intervention because no one is above the law."

In February 2022, the Honorable Arthur Engoron rejected Mr. Trump's challenge to OAG's subpoena and ruled that he was required to "comply in full" by producing a range of documents to OAG as part of its investigation into his and the Trump Organization's financial dealings. Mr. Trump was initially ordered to produce those documents by March 3, 2022, but OAG agreed to accommodate his request for additional time and extended the date to March 31, 2022.

James said, Mr. Trump agreed to this timeline and never sought to challenge this aspect of the order on appeal. However, on March 31, 2022, Mr. Trump raised a new round of objections to the document requests in the subpoena and stated that he would not produce any documents responsive to OAG's subpoena, in direct violation of the judge's order.

The Attorney General said that "under settled law, a party is not permitted to delay proceedings at this advanced juncture in the legal process to challenge an investigative subpoena, so Mr. Trump does not have the ability to raise these baseless objections at this time."