Up Close: Trump's call for banning Muslims from entering U.S. 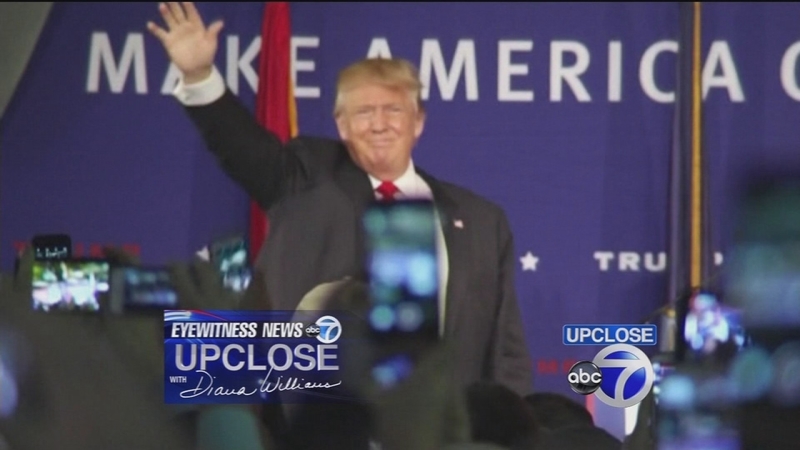 Up Close: Trump's call for banning Muslims from entering U.S.

NEW YORK (WABC) -- It's a land founded by people seeking religious freedom, but Donald Trump says that if he's elected president, he would want to shut the borders to anyone of the Muslim religion.

Despite getting hammered by fellow Republicans and Democrats, Trump is refusing to back down.

Trump continues to lead in the polls for the Republican nomination for president, and if the Republicans should somehow sour on him, he has now raised the possiblity of a third party run.

Joining us to discuss the controversy this week is a moderate Muslim activist: Sahar Alsah-Lani, a board member of the Council on American-Islamic relations in New York.

It's hard to remember any other time in history when one presidential primary candidate has thrown as many political stink bombs into a race as Donald Trump, and still managed to lead the pack.

With us to discuss Trump is Jeanne Zaino, political science professor at Iona college and NYU.
EMBED More News Videos

Also, corruption in Albany..they have tried to get rid of it for decades.

Gov. Cuomo ran for election and re-election saying he would stop it. He hasn't.

And now one of the most powerful Democrats in the state is a federal felon and could spend the rest of his life in prison.

Sheldon Silver, once the speaker of the Assembly, was convicted on corruption charges.

Is it time to limit the outside income of legislators?

I sat down recently with two reformers: Zephyr Teachout, a Fordham University law professor, and John Kaehnty, the executive director of Reinvent Albany, a group that advocates for a more ethical government.
EMBED More News Videos