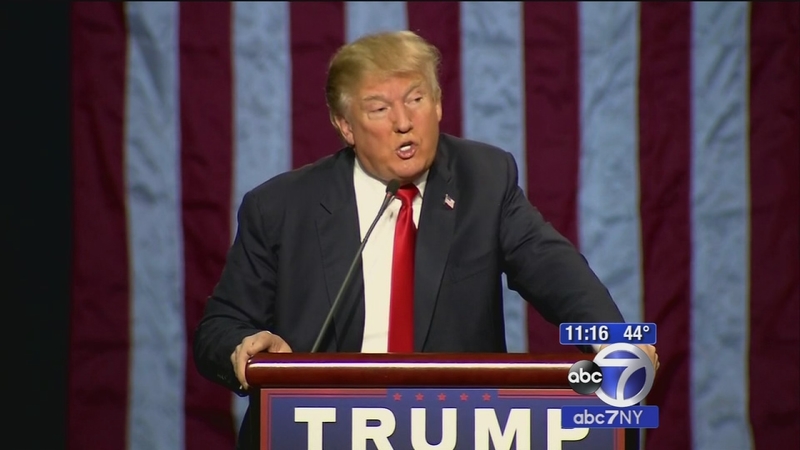 "I watched when the World Trade Center came tumbling down, and I watched in Jersey City, New Jersey where thousands and thousands of people were cheering as that building was coming down," said Trump.

When ABC's George Stephanopoulos challenged the statement, mentioning it's a universally discredited internet rumor, Trump did not back down.

"He's just using this as a ladder to get what he wants," said Karim Mahoud.

Mahoud says he has a message for the candidate.

"I would say to him that he doesn't know what Islam is, and thus is really a cheap trick that he is using to gain publicity," Mahoud says.

"I think it is shameful that he is politicizing 9/11. Jersey City wants no part of it. From our standpoint, you really have to question where he is coming from," says Mayor Fulop, "the reality of the situation is that Jersey City was among the first responders helping across the river."

Others who live in Jersey City are reacting as well.

"I'm sure most Americans deep down know that guy can't be serious," says Ian Belzar.

While there were images of people cheering the towers' collapse in parts of the Middle East, there is no record of such celebrations in New Jersey. There were some Internet rumors of Muslims celebrating the towers' fall in Paterson, New Jersey, but those rumors were discounted by local police at the time.