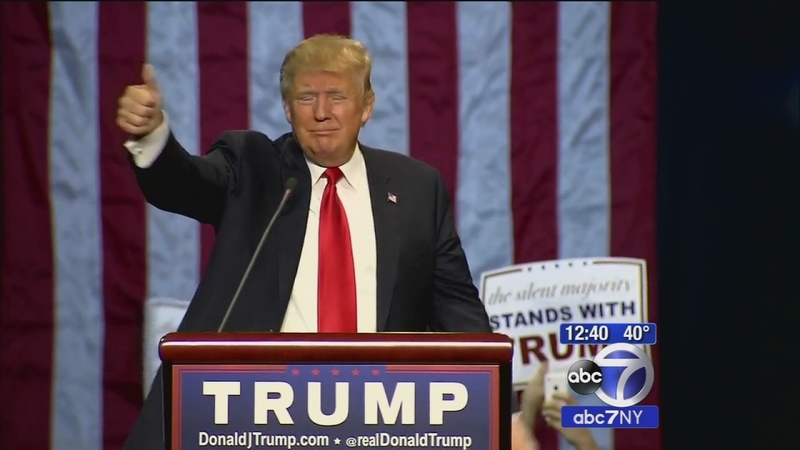 JERSEY CITY (WABC) -- Recent attacks in Europe have made terrorism a top concern, and the latest polls show that it is helping Donald Trump pull ahead of his Republican competitors despite allegations that he is spreading misinformation on the campaign trail.

Trump is riding a new high in the polls as a result, but critics say he's manipulating voters and distorting the truth.

"I watched when the World Trade Center came tumbling down, and I watched in Jersey City, New Jersey, where thousands and thousands of people were cheering as that building was coming down," he said.

In the chaos after 9/11, there were some false reports and internet rumors, but despite being widely debunked, Trump insists he saw it and stood by his comments on "This Week" with George Stephanopoulos.

According to the latest ABC News/Washington Post poll, terrorism has surged as an election issue since the Paris attacks, and Trump leads with a wide margin as the most trusted to deal with the issue among Republican voters.

"Either he's willfully making up lies or he has memory issues," Mayor Steven Fulop said. "And if you have either one of those, you have to question his ability to be president."