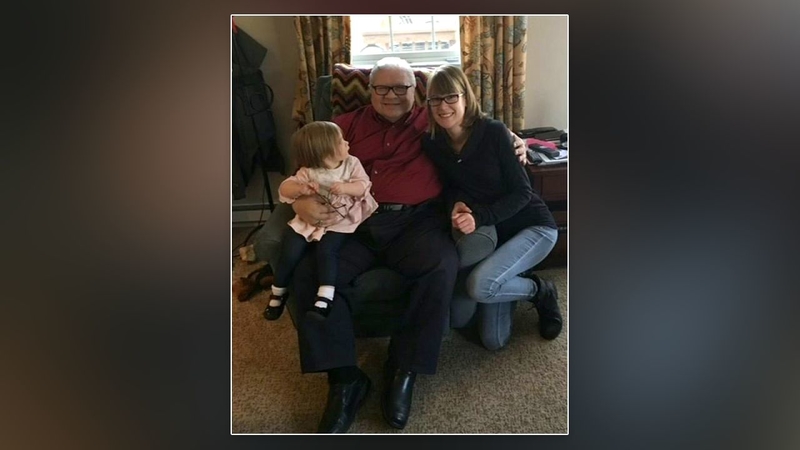 UNIVERSITY CITY, Pennsylvania -- Jack Zefutie of East Windsor, New Jersey, and Lisa Froemel of Germany were once complete strangers. But then two-and-a-half years ago, Jack says her selflessness kept him alive.

And until about a week ago, the two hadn't met in person, but on Thursday Jack, a bone marrow recipient, introduced Lisa, his donor, to his Care Team at the Hospital of the University of Pennsylvania.

It was there, he says, he received life-saving treatment.

"When I walked in I thought I was dead, dying, and they really put me at ease. Every time I walked out I just felt hope," said Jack Zefutie.

Jack was diagnosed with acute leukemia in 2013. He needed a bone marrow transplant in a matter of months, and his brother was not a match. The search turned international. Jack and his wife, Linda, waited and hoped.

"It's very, very scary because you think, 'How are they going to find anybody?' " said Linda Zefutie, wife.

But Penn found Lisa, just 22 years old at the time. She registered as a donor years earlier when her father's colleague was sick, but was never called. When she was called in 2014, it was for someone she never met - Jack.

"A lot of people put themselves out there when they know of somebody, but very few do it out of the goodness of their heart," said Dr. Selina Luger.

After the transplant, the pair communicated through the hospital anonymously for two years, in accordance to international rules, but when the window expired, they introduced themselves by letter. A week ago, Lisa traveled to Philadelphia.

"It was incredible to meet him in person," said Froemel.

On their visit, Lisa and her boyfriend ran the Rocky Steps, they toured New York, but her favorite part was meeting Jack.

Lisa heads back to Germany Friday, but for her and the Zefuties, the connection will continue on.

"I will always have a special feeling for Lisa," said Jack Zefutie.