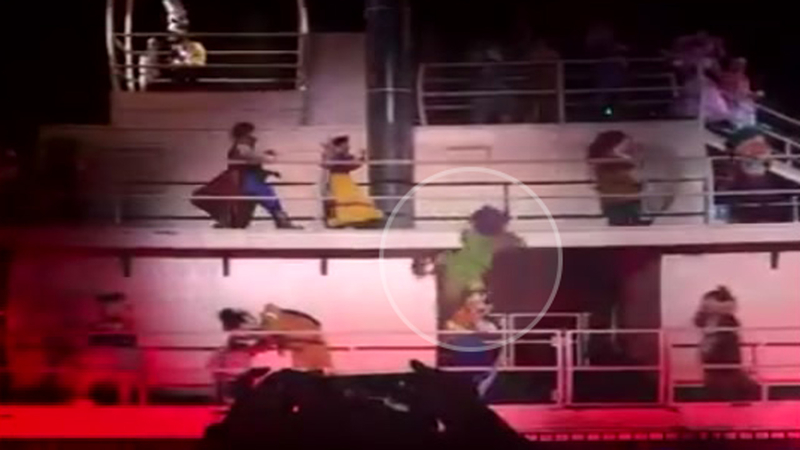 LAKE BUENA VISTA, Florida -- It just wasn't Dopey's day after he took a nasty tumble off the top deck of a steamboat at Walt Disney World.

Perhaps the cutest of Snow White's seven dwarfs was dancing during a Sunday night performance of the musical "Fantasmic!" at Disney's Hollywood Studios theme park when the unthinkable happened.

Dopey almost fell off the boat at Fantasmic #DisneyWorld pic.twitter.com/2wzWtratRM

Dopey slipped between the railing of the ship and right onto a stunned Goofy, who glances down after the beloved Disney character's spill onto the ship's deck.

A concerned Chip stops to make sure Dopey is alright while his chipmunk partner in crime Dale continues to sway to the music. Up above, Snow White and her Prince glance down below to check on the dwarf's well being.

WESH-TV reports both Dopey and Goofy were checked out by a medical team and are said to be doing alright!

A little bit of pixie dust and the show will go on!