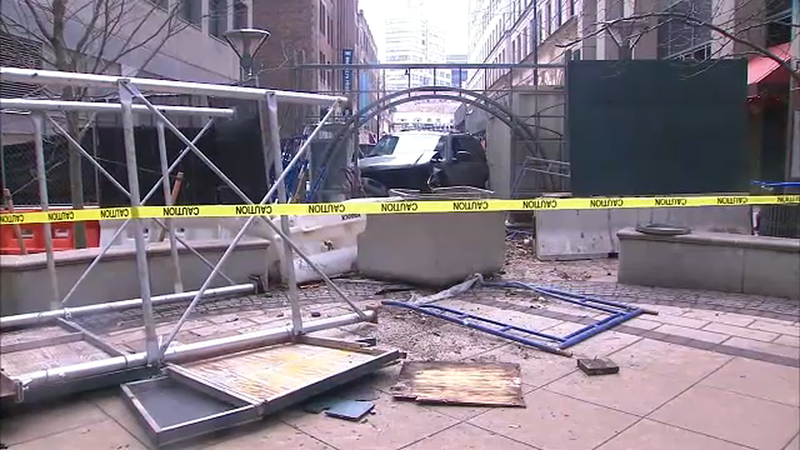 Authorities say the victim was attempting to cross Pearl Street at Willoughby Street around 9:25 a.m. when she was hit by a Ford Expedition.

"All you saw was a lady on the floor, non-responsive, bleeding from her head," witness Kenny Fritz said

The vehicle continued down Pearl Street, a dead end street, crashing into scaffolding at the end of the block.

The scaffolding then toppled onto a pedestrian plaza, where luckily no injuries were reported.

The woman, identified as Tracy Belgrave, was pronounced dead at Brooklyn Hospital.

"Sad to see something like that happen," witnness Anthony Rayside said. "Life is so short."

Belgrave worked as the deputy chief information officer for finance and administration in the city's Department of Education.

"Tracy was beloved by all of her colleagues, and I'm devastated by this tragic loss for the DOE community," Schools Chancellor Richard Carranza said in a statement. "I share my deepest condolences with her family, friends and colleagues. We will have grief counselors available to staff for as long as it is needed, and encourage anyone to reach out for assistance at any time."

The 81-year-old driver of the vehicle was also taken to Brooklyn Hospital.

No charges have yet been filed, and the crash remains under investigation