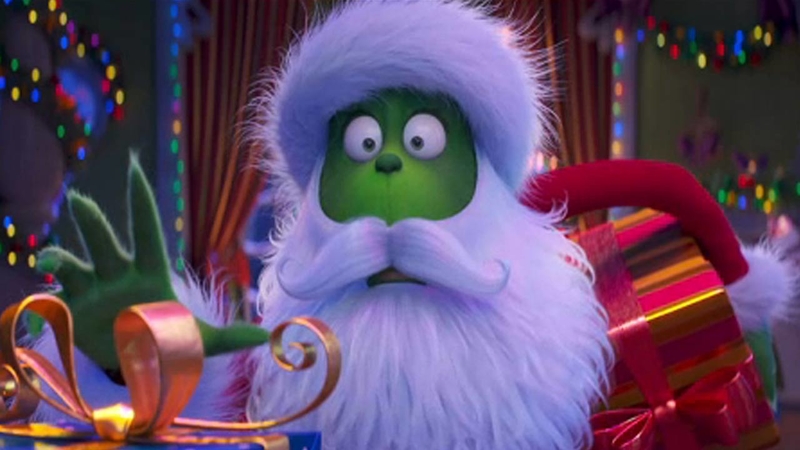 I did not appreciate the mean and cynical Jim Carrey version which, nevertheless, was the biggest hit of the year back in 2000. But I'm happy to say "Dr. Seuss' The Grinch" is more in keeping with visual style of the book from the 1950s, updated with 21st century visual effects.

"Today, we will do mean things and we will do them in style," says The Grinch, setting the tone for this version of the tale.

He isn't such a bad guy in this new movie, and I agree with another critic who called this version "agreeable." The voice of The Grinch is supplied by Benedict Cumberbatch who, like many English actors, is good at not sounding British.

"Dr. Seuss' The Grinch" remains true to the spirit of the original story by about "How The Grinch Stole Christmas" from the happy folks of Whoville. The Grinch plots to steal all of their toys and trees with the aid of his only friend -- his trusty and long-suffering dog, Max.

In the spirit of kinder and gentler, moviegoers get an explanation of why The Grinch hates Christmas so much (he was an orphan).

His situation makes him more relatable and makes it more understandable when he is ultimately redeemed by the most adorable resident of Whoville, Cindy Lou Who. She helps make this a pleasant enough diversion for a weekend afternoon.

"Dr. Seuss' The Grinch" clocks in at less than an hour and a half, and I wouldn't have wanted it to run any longer. The primary appeal for me was listening to the squeals of delight from youngsters in the audience, hearing them laugh and clap their hands at the end.