WABC
By Derick Waller
TRIBECA, Manhattan (WABC) -- The wind may feel calm on the ground, but up above Friday morning, it was gusting so bad that a scaffold started swinging.

It was a dangerous situation that ended with a rescue high above Manhattan.

It happened at 111 Murray Street, a 64-story tower under construction in the shadow of One World Trade.

Crews worked frantically to rescue the two stranded glaziers -- skilled tradesmen responsible for cutting, installing and removing glass -- after the scaffold they were standing on got caught in a wind gust and swung around four times. Each time it swung, it smashed into windows nearly 50 stories in the air.

The NYPD released the raw video of the rescue.
EMBED More News Videos

The NYPD has released video of two men being rescued after a scaffolding mishap in Lower Manhattan Friday morning.

The NYPD also released pictures of those workers in the moments before the rescue.

#HappeningNow Great Job by #NYPD ESU & @FDNY with the rescue of 2 people from a malfunctioning scaffold. Working together they successfully removed 2 workers from a scaffold stuck on the 40th floor high above Murray Street in #Manhattan. pic.twitter.com/t1TtVgjiVm

"We heard some screams and glass was falling and we all got evacuated, so they got everybody out of the building and everybody's safe it looks like," said Joe Moraglia, Local 1 Stone Setters Union.

West Street was closed for a time so workers could remove the remaining broken glass panels.

Both of the workers were uninjured.

"They wanted no part of medical treatment," NYPD Detective Gregory Welch said. "They just wanted to get back to work."

And with that rescue came a spectacular view.

"We enjoyed the ride up," Welch said. "Actually, when we came up to the 45th floor, there was an open door to the elevator where you could see out the beautiful Freedom Tower there."

There was one minor injury from falling glass, but that person also refused treatment. The effort to secure and retrieve the scaffold is ongoing, as is the investigation. 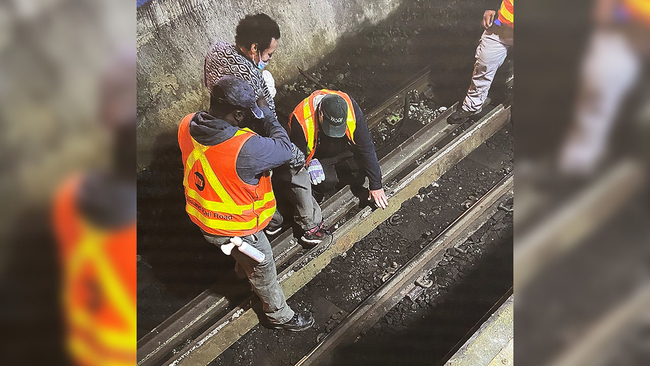 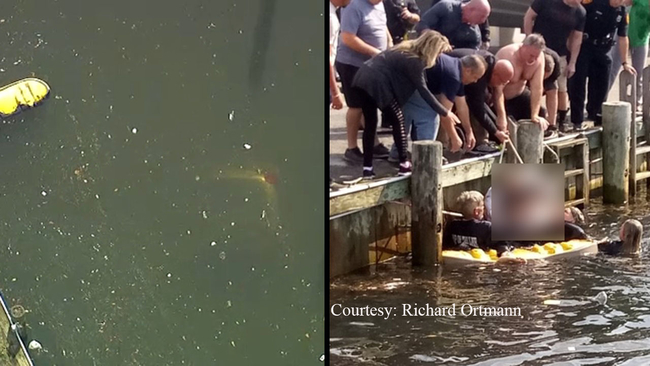