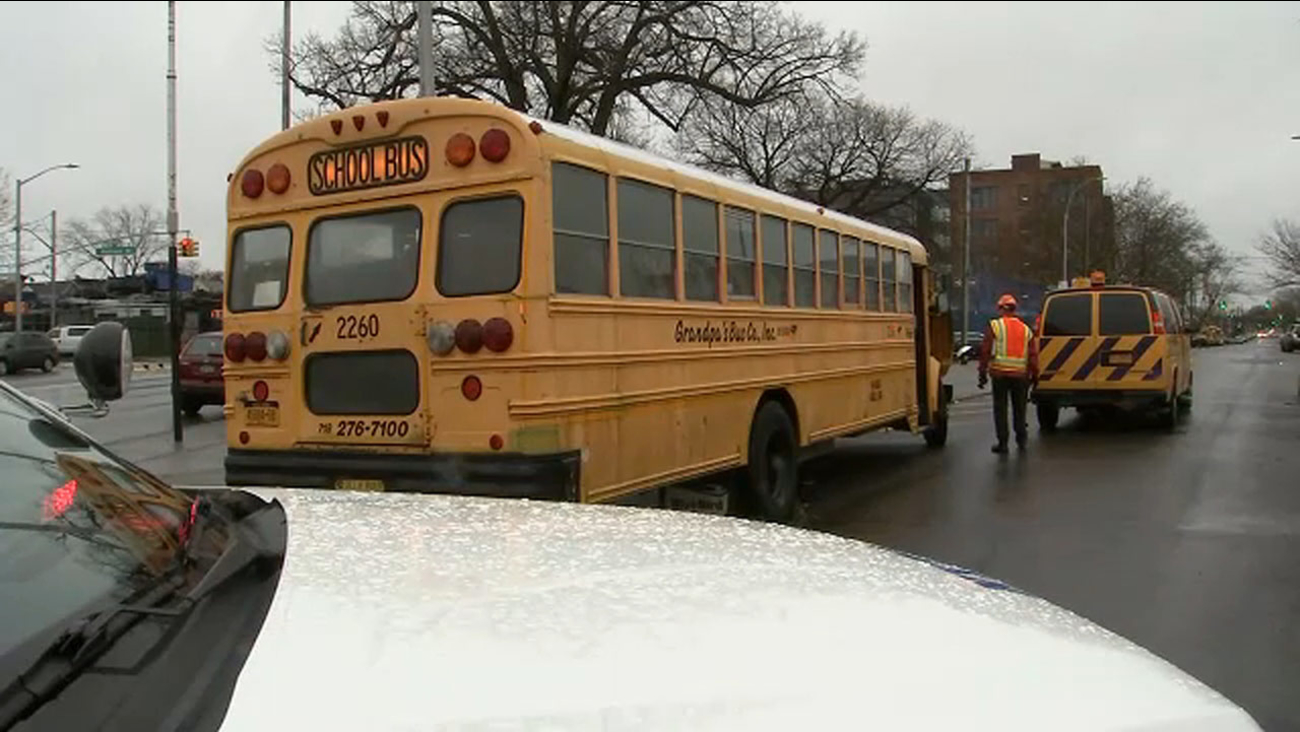 JAMAICA, Queens (WABC) -- A driver has been charged after his school bus struck an 11-year-old boy in Queens on Tuesday morning.

Police say 60-year-old Marc Saget was behind the wheel of the bus when it hit the boy just before 7 a.m. while he was crossing Sutphin Boulevard in the Jamaica section.

The child was taken to Elmhurst Hospital with non-life threatening injuries and is expected to be okay.

Saget initially left the scene but police were able to track him down.

He's been charged with failure to yield to a pedestrian and failure to exercise due care.