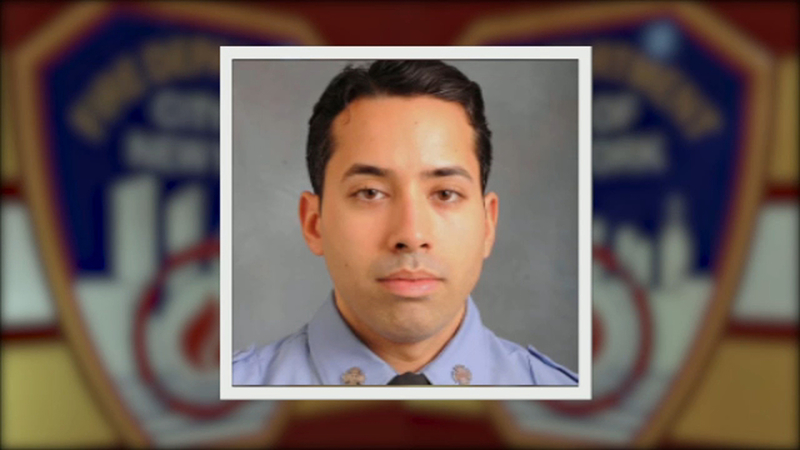 33-year-old Faizal Coto was remembered as someone who loved being a firefighter and loved giving back to the community.

Police and firefighters were among those who filed in to a Brooklyn funeral home to pay tribute to one of New York's Bravest, who died in a way no one would have expected.

"He didn't go to a fire where we know the risks. He was in a fender bender," said firefighter Joe Romeo.

He was Coto's best friend at Engine 245 in Coney Island, a firehouse still in shock.

"This is just uncharted territory for us," said Romeo.

Early Sunday morning on the Belt Parkway, police say Coto got into a minor accident with the wrong man, a known gang member they identify as Joseph Desmond.

The search for the suspect's car brought police to a hotel in Perth Amboy, where they believe Desmond had been hiding out. He will be extradited back to New York in the next few days.

"We grieve with the FDNY, our hearts go out to them," said Shea.

They are a family of heroes, who were grieving as one.

Funeral services for Coto will be held Thursday.

Police say murder charges are expected to be filed against Desmond.


Coto was a three-year veteran of the FDNY. He was also an aspiring rapper and hip-hop artist performing under the name FAIYA.