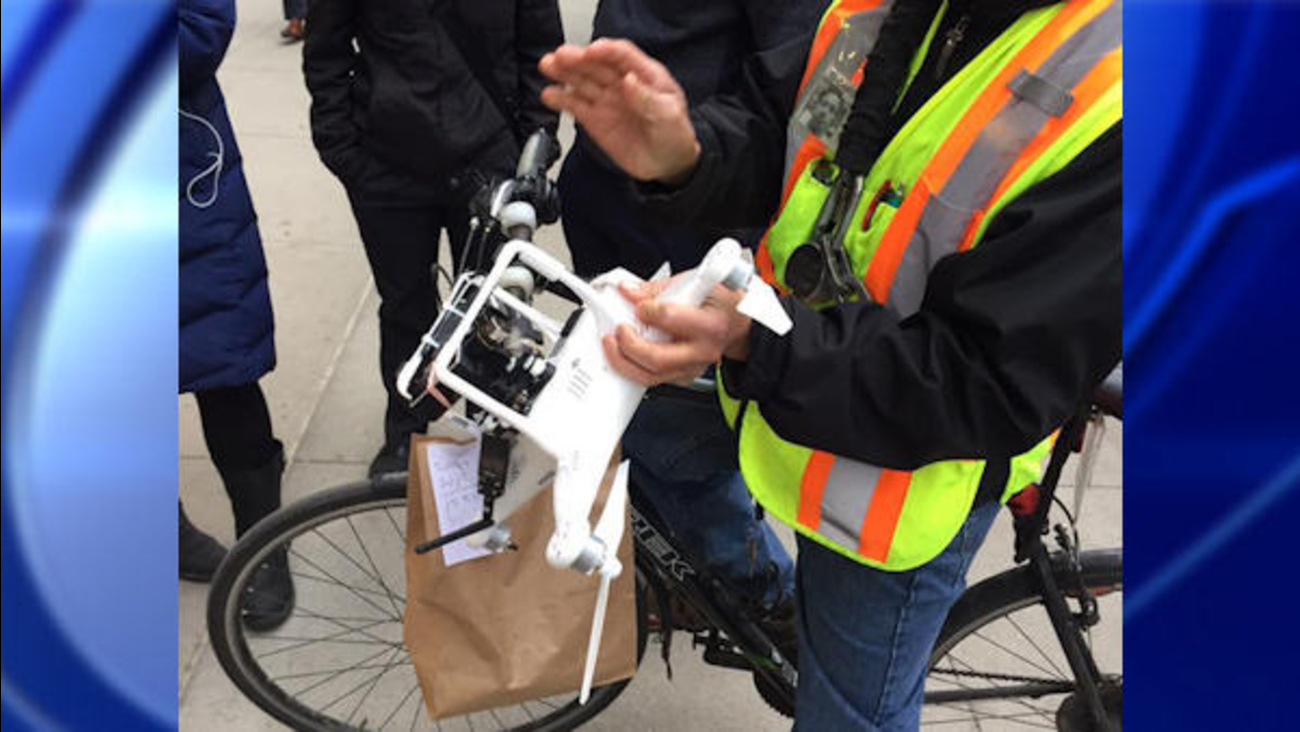 The drone apparently fell out of the sky at 61st Street and Columbus around 6:30 p.m. on Friday. (@jodyavirgan)

UPPER WEST SIDE (WABC) -- A drone crashed on the Upper West Side Friday evening.

The drone apparently fell out of the sky at 61st Street and Columbus around 6:30 p.m.

The drone landed near a delivery man riding a bicycle.

No one was injured. It's not yet known who the drone belongs to.

It's a radio-controlled quad copter that had a go-pro camera still rolling.

A man who works for fivethirtyeight.com witnessed and tweeted about the accident.

Just witnessed my first ever NYC drone crash, came down on the sidewalk on Culumbus/61st by this delivery guy. pic.twitter.com/EJrUUZzXqg

What are the ethics of caring for a downed drone? The go-pro on it was still filming, we pointed it at the delivery guy's phone number.

What a conundrum. How often does $1000 of electronics just plummet at your feet? Hopefully the go pro was transmitting back to the owner.

They found owners number on blade, halal guy is holding it, delivery guy should get $, I follow @mikiebarb : @jodyavirgan