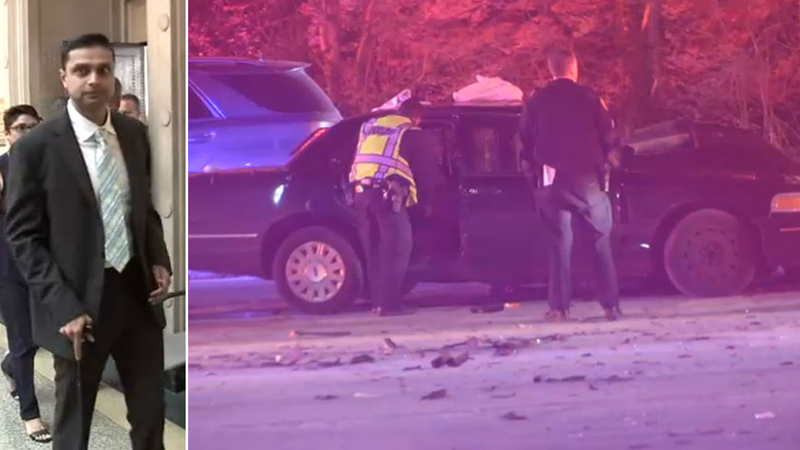 NASSAU COUNTY, Long Island (WABC) -- Police in Nassau County announced they will crack down on drunk drivers to help save lives over the holiday weekend.

On Friday, authorities announced increased patrols for the New Year's weekend while the Nassau County district attorney will put an additional $5,000 toward DWI enforcement.

Officials said they are taking the crackdown seriously after one of their own almost died last year while on patrol.

"You may remember on New Year's Eve last year, Will Gomes was out on a DWI patrol and was hit head-on by a drunk driver," Nassau County Executive Laura Curran said.

Police say that driver admitted to drinking wine and scotch with his family on New Year's Eve. His blood-alcohol level was twice the legal limit.

"We visited him in the hospital on New Year's Day in terrible shape," Curran said. "Thank God he's OK now. He's up, he's walking. He's back. But too many people are injured and lose their lives because of drunk drivers."

Last year, their zero tolerance initiatives yielded 2,472 arrests. This year, those numbers are down significantly with 1,631 arrests.

Leaders hope that trend will continue.

"The reason the number is down is because the kids are getting it," Nassau County Police Commissioner Patrick Ryder said. "They're using designated drivers. They're calling that Uber. Or they're just going to walk home instead of drinking and driving."

For an alcohol-free celebration, Long Beach is hosting a family friendly event on New Year's Eve called First Night at the Long Beach Ice Arena from 4 to 7 p.m.