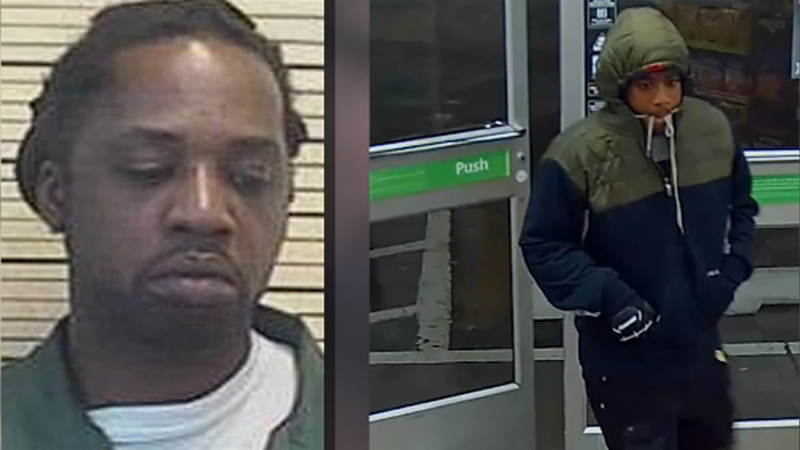 WOODSIDE, Queens (WABC) -- Police have arrested two people in connection with a string of violent robberies that included the shooting of a Duane Reade manager in Queens.

The crime spree began around 3:40 a.m. Monday, when police say the 49-year-old victim was shot in the head at the location on Roosevelt Avenue in Woodside.

The victim, who was reportedly near the register at the time, was hospitalized in critical condition and is expected to survive.

He was discovered by a delivery man, and it appeared nothing was taken from the store.

Authorities believe the same suspect struck again at a 7-Eleven on Northern Boulevard at 4:01 a.m., a Rite Aid at on 30th Avenue at 4:15 a.m., and another Rite Aid on Merrick Boulevard at 5:42 a.m.

In each of those three incidents, the armed suspect fled with the cash register drawer.

"Four robberies that were committed that we know of, and it was the first one that we know of where he shot the individual," NYPD Chief of Detectives Dermot Shea said. "So, commits the first robbery, shoots the individual, essentially leaves him to die. Thankfully, he did not. And then goes on in a short period to rob three additional stores. So this is who we are dealing with, and again, great, great work getting him off the street."

Police identified the shooting suspect as 22-year-old Elgin Brack. The other suspect is his uncle, 50-year-old Scott Brack, who police believe served as a getaway driver.

Investigators said they found the getaway car and then waited for the driver. A .45-caliber handgun, the weapon they believe was used, was found in a backpack in the silver Honda.

The manager is slowly making improvement and is said to be critical but somewhat stable.

Officials also say that during the Rite Aid and 7-Eleven robberies, a gun was produced when the suspect demanded money.