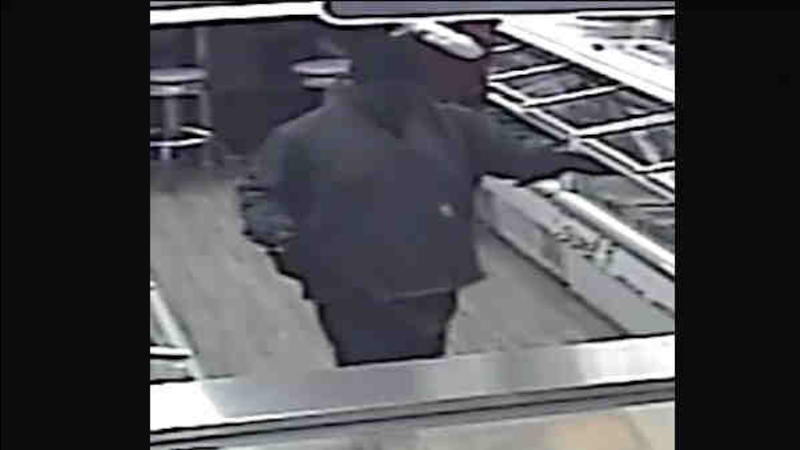 SEAFORD, Long Island (WABC) -- Police said a masked man on Long Island used a machete to rob a Carvel, about half an hour after he attempted to rob a Dunkin' Donuts.

There were three young women in the Carvel store when the robber walked in armed with a machete.

The store, which has been held up four times, had just closed.

"He said, 'I need the money. Girl has a lot of tip money. I'll just have this one.' I don't have another money. He take her money and just go," said Erica Lu, the Carvel store owner.

It happened around 9:45 p.m. Wednesday at the Carvel just off Merritts Road in South Farmingdale.

Police are investigating if the same man, also armed with a machete, is responsible for holding up a Dunkin Donuts in Seaford about 30 minutes before.
"He demanded cash. At that point, the cashier informed the subject they didn't have any money that in turn. He runs out of the back of the store and north through the parking lot," said Det. Lt. Richard Lebrun, Nassau County Police.

Police say if it is the same suspect he most likely drove between the two locations.

They're only six miles apart.

"I would like to urge all of our store owners to use due diligence at night and to comply with any subjects demands for cash," Det. Lt. Lebrun said. "Do not try to fight him off. Just give him the cash and hopefully he'll be on his way, immediately call 911."

Some women who work in the hair salon next to the Carvel weren't happy to hear about what happened when their store was closed.

"It's very concerning because you're not safe anywhere, being that we're all women it's very hard," said Barbara Dubins, of Hair Sensations.