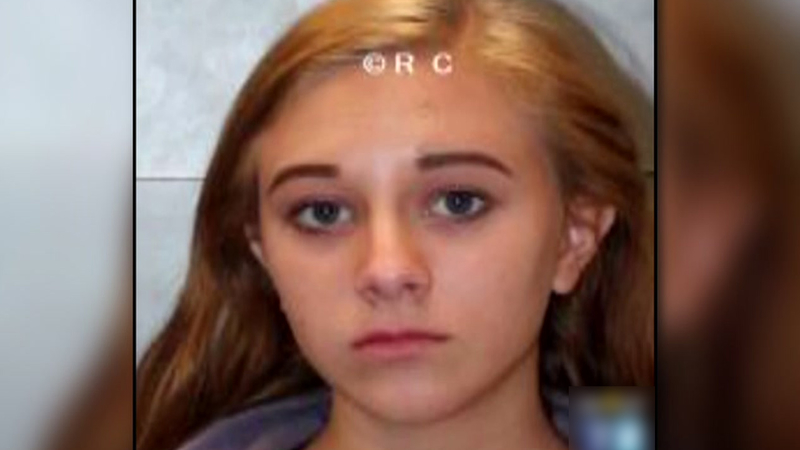 COLUMBIA, South Carolina -- The sister of the man sentenced to die for killing nine people at a South Carolina church in 2015 has been arrested at her school and charged with bringing pepper spray, a knife and marijuana onto the campus.

She is charged with two counts of carrying a weapon on school grounds and one count of simple possession of marijuana.

A judge set her bond at $5,000 and said she could not return to the school. She was screened for a public defender. It was not known if she has an attorney yet.

Investigators say Roof also posted a Snapchat about the National School Walkout day protest against gun violence that alarmed fellow students, but no charges were filed for that message.

A neighbor of the Roof family said Morgan Roof is a shy, kind teen who loves animals and never showed any unusual behavior.

"I can even remember a few occasions where she would join us in the neighborhood at the community pool and at cookouts in a racially diverse setting where there was never any signs of racism from her or anyone else," Chris Slick told The Associated Press.

School principal Susan Childs posted a letter to parents on the school's Twitter page explaining what occurred while students walked out to remember the 17 killed in the Parkland, Florida, Valentine's Day school shooting.

"A student used social media to post a hateful message. The posting was not a threat, but was extremely inappropriate. That student was dealt with in a swift and severe manner as the posting caused quite a disruption," Childs wrote.

Dylann Roof was convicted of fatally shooting nine African-American parishioners at a Charleston church in 2015. A week before his sentencing in January 2017, Roof met with his family and told his sister he would invite her to his execution.

A video recording of one of the visits showed Roof's sister trying to make small talk. Roof asked his sister what she wanted to do as a career, scoffing at the unoriginality of her dream to be a nurse. He told her that he no longer had to worry about making a living because he was in prison.

Roof's sister smiled back. "You're a professional dumbass," she said.