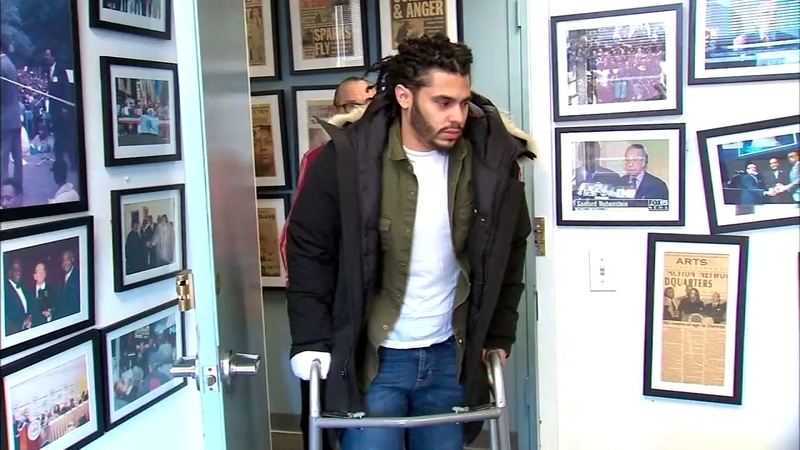 BRONX, New York (WABC) -- A New York City EMT who usually helps transport patients to the hospital found himself in an ambulance when his e-cigarette batteries exploded in his pocket.

Ricardo Jimenez, 24, said he was off-duty when all of a sudden his pants caught fire while he was driving down the road.

"It was like fireworks, kind of. There was a lot of smoke. It was kind of foggy. There were a couple pops," Jimenez said.

He jumped out of his car on 183rd Street and Broadway and said he had to strip off his pants. He said his leg was burning.

Here's a photo showing his injuries:

Jimenez said the fire was caused by two batteries that go in his e-cigarette -- but they were not in the e-cigarette at the time. He suffered severe, second-degree burns on his thigh and right hand - and said he can't work.

Jimenez's attorney said the batteries and e-cigarette were different from the one that exploded in a man's pocket in Grand Central Terminal.