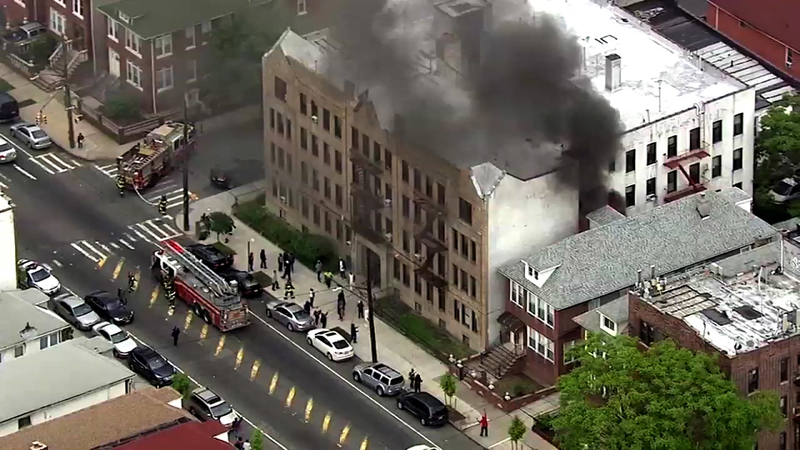 Firefighters on scene of blaze in East Flatbush

EAST FLATBUSH, Brooklyn (WABC) -- A third-alarm fire tore through a row of apartments on the side of a four-story building in Brooklyn.

According to fire marshals, the fire at 832 Linden Blvd., in Brooklyn on Tuesday was accidental, sparked by an electrical strip. Smoke alarms were not operational.

The flames broke out at Linden Boulevard and East 53rd Street in East Flatbush around 4:30 p.m.

Flames were shooting out the top of the structure, sending huge plumes of black smoke into the sky.

Firefighters quickly got the blaze under control, but residents could be seen from climbing down fire escapes to the street below.

All residents were evacuated safely, and no injuries were reported.