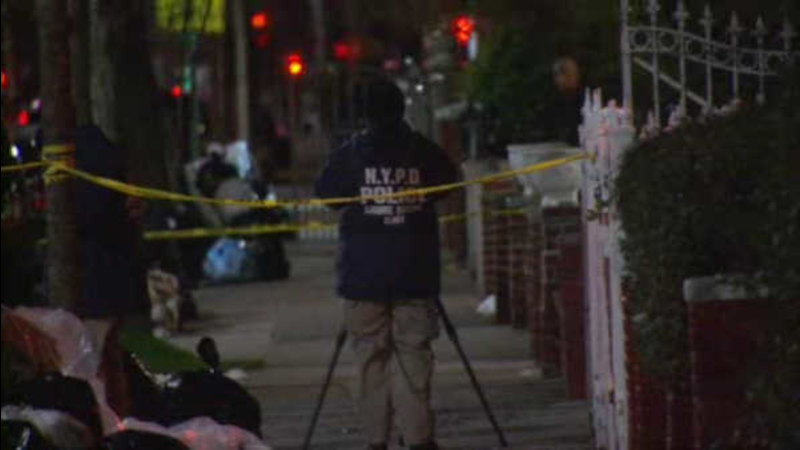 EAST FLATBUSH, Brooklyn (WABC) -- Police are searching for the gunman who shot and killed a teenager in Brooklyn.

Investigators found the teen in the lobby of a building in East Flatbush on Sunday afternoon around 3:30, and spent the majority of the day gathering evidence.

The victim has now been identified as Deshonne Mitchell. Eyewitness News is told he lived at 175 East 52nd Street, but was killed a few doors down on 136 E. 52nd Street.

Officials say the victim had a prior arrest record, but it is not clear if that had anything to do with his death.

Fellow neighbors were not allowed back home for much of the frigid night, as detectives processed the crime scene.