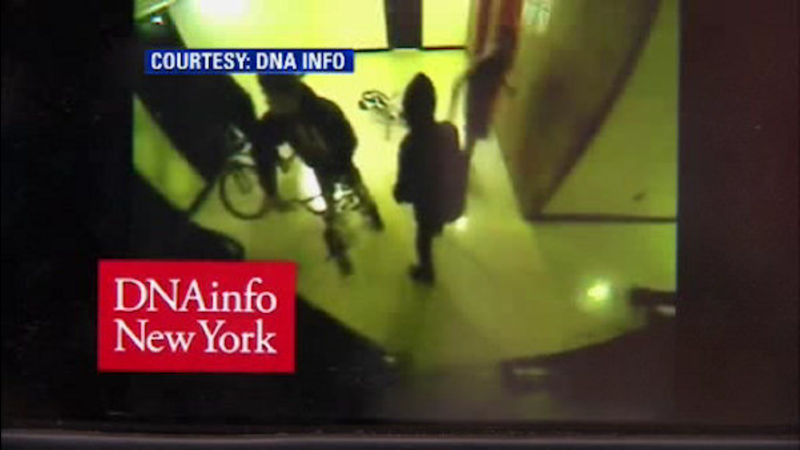 EAST HARLEM, Manhattan (WABC) -- Seniors living at the Jackie Robinson Houses in East Harlem say they are being terrorized by a group of teens.

The victims say they are living in fear and are worried about retaliation.

The alleged harassment, which is happening inside the building on 128th Street, started last year and residents say no one is doing anything about it.

That's when one of the residents set up a hidden camera.

"It's sad because this has been going on for at least a year, and it hasn't stopped, it's gotten to a point where seniors are too afraid to speak publicly, and these teens are just getting bolder by the minute," said Miriam Rodriguez, a resident.

The teens are seen banging at doors with all their might and riding their bikes in the hallway in the video.

Residents of the Jackie Robinson Houses say the menacing began back in October of 2014.

A group of at least eight young people from 11 to 14 have been harassing them daily.

It's gotten so bad that people delivering food into the building refuse to go inside.

A group of concerned citizens say they complained to NYCHA and the local PSA 5, but so far nothing has been done.

NYCHA and PSA 5 say they take these matters seriously and are investigating.