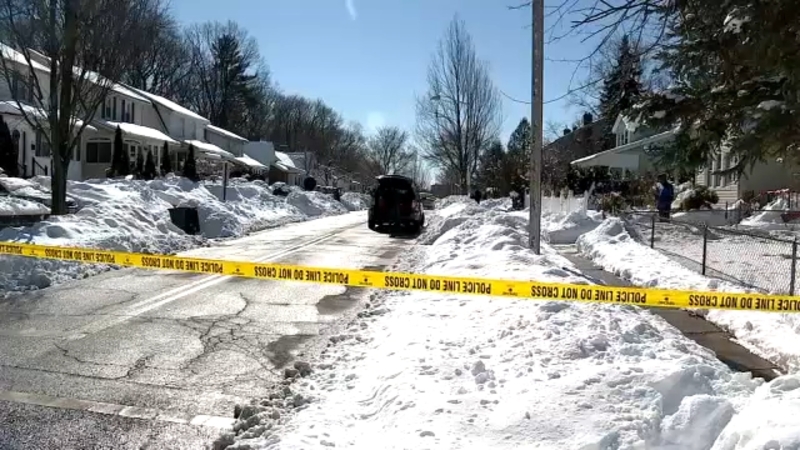 EAST ORANGE, New Jersey (WABC) -- A family argument over a scratched car led to a deadly stabbing in New Jersey Monday, according to relatives.

It happened in a home on Brighten Avenue in East Orange, where the suspect's niece says family members have been living in close quarters for over a year while caring for an elderly relative.

Clarisa Price came running after she heard her uncle, Samuel Hannah, had stabbed her soon-to-be uncle, Calvin Scott, over a scratch on Scott's car.

"Unfortunately, they were in an altercation," she said. "It was over whether or not my aunt's fiancé's car had been scratched by my uncle, and it wasn't."

It apparently escalated from a fist fight to a stabbing in seconds, and the man who died, the 43-year-old Scott, owned the scratched car and apparently had accused Hannah.

"My aunt's fiancé Calvin punched...Samuel," Price said. "And then from there, Samuel pulled the knife out on Calvin, and he was stabbed a few times."

TikTok is tightening its privacy practices for the under-18 crowd. Here are the changes parents and teens should know.

Price said this is the shock of her life.

She said seven family members ages 14 to 82 have been living in the house, where three of her uncles had moved in to take care of the 82-year-old patriarch -- and all had been well.

"Unfortunately, I think rage took over in all of them," she said. "My aunt's fiancé is not a violent guy. He's like a big teddy bear."

Many in the neighborhood also are shocked by the stabbing and say patience runs thin in these troubled times.

"I had come over and be a referee for two grown men," neighbor Rose Maureen said. "I said, 'Listen, you're going on like kindergarten kids.' I said, 'Grab your shovel, and shovel out your parking spot.'"

"There's nothing he would ever do," she said. "He's a great guy, a churchgoing guy...They're not fighters, they're actually lovers. They're great uncles."

There are no arrests at this time, and authorities say the investigation is ongoing.

Anyone with information is asked to contact the Essex County Prosecutor's Office Homicide/Major Crimes Task Force at 1-877-TIPS-4EC or 1-877-847-7432. Calls will be kept confidential.