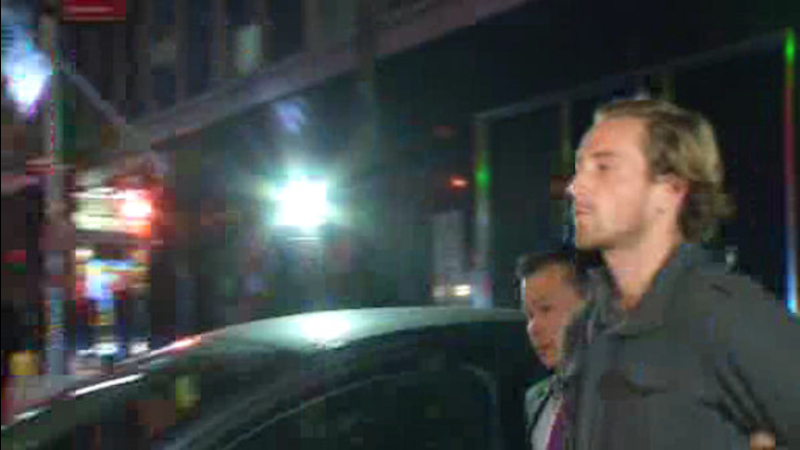 EAST SIDE -- A 30-year-old man is under arrest after his father was found shot to death Sunday in his East Side apartment.

On a quiet street that is more known for the consulates and diplomats who live there, no one expected Beekman Place to be loaded with police and crime scene investigators lugging bags of evidence after a shooting.

Police were called to the scene Sunday afternoon, where they found 70-year-old prominent businessman Thomas Gilbert, founder of Wainscott Capital, dead with a bullet to the head in a bedroom of his eighth floor apartment.

His son, Thomas Gilbert, Jr., was later arrested and charged with murder and criminal possession of a weapon. Detectives believe Gilbert was killed by his son, who then left the murder weapon -- a .40 caliber Glock 22 -- in his bedroom to make it look like a suicide.

But while the gun was found in the bedroom near the victim's body, the weapon's case was recovered in the son's apartment.

Police say the son entered his parents' home and asked his mother to get him a sandwich. The mother left the apartment, and when she came back, she discovered her husband's body.

She called 911 and told responding police that she had left her son alone with his father.

Detectives immediately began a search for Gilbert, Jr., and later found him in his Chelsea apartment. He was taken into custody at around 10:45 p.m. but refused to speak to detectives and asked for an attorney.

Detectives have since learned that the father recently discussed no longer paying his son's rent. He also discussed reducing his weekly allowance from $400 per week to $300.

Christopher Kelly lives directly below Gilbert's apartment and heard a sound that alerted him.

"Something just went 'kaboom,' just hit the floor loudly, that's all I heard," he said. "Like something dropped somewhere."

One resident who did not want to be identified says the doorman said a man came rushing past him to the elevator.

"He asked him who he was here to see, and he said 'Mr. so and so,' and he got into the elevator before he could even call up," he said.

The doorman did not want to talk when he left on Sunday night, but a security officer tells Eyewitness News that he has never had anything like this happen in the five years he has worked in the area.

In some buildings, the doorman can actually stop the elevator from going up if they do not want to allow a guest, however residents in the building say they do not believe the doorman has that capability.

The elder Gilbert founded Wainscott Capital Partners Fund in 2011. The fund has $200 million in assets and focuses on the biotech and health care industries.