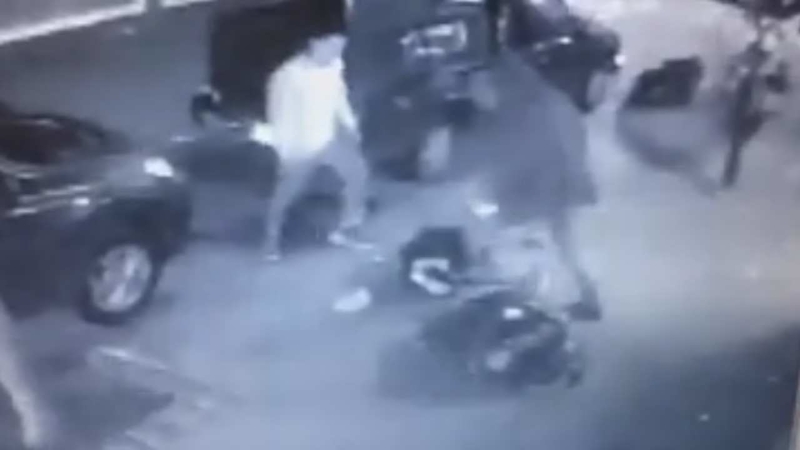 LOWER EAST SIDE, Manhattan (WABC) -- A vicious beating on the Lower East Side was caught on camera, and now police say they have arrested one of the attackers.

The video shows the brutal attack in the middle of the night on Friday. Two assailants stomping and kicking a man who was powerless to fight them off. The suspects then left him there splayed out on the sidewalk.

It happened around 2:45 a.m. on Orchard between Rivington and Stanton in the heart of the Lower East Side.

Police arrested 23-year-old Nawang Choying of Queens on Wednesday. He faces a charge of gang assault.

And as they hunt for another assailant, they also want to find a woman, who appeared to be with them or, at the very least, clearly witnessed it all.