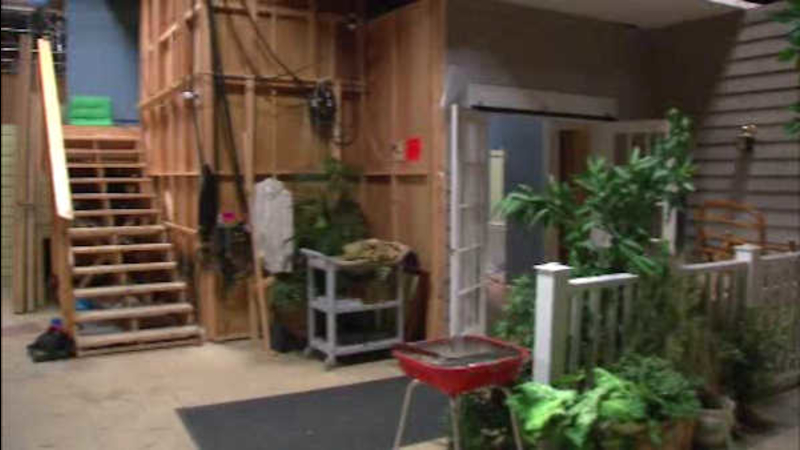 Push to save Brooklyn movie studio from being demolished

GOWANUS, Brooklyn (WABC) -- There is a push to save a movie studio in Brooklyn, and hundreds of jobs.

Thousands of letters were delivered to City Hall Wednesday.

Right next to the Gowanus Canal, an EPA Superfund site planned for cleanup, sits the Eastern Effects movie studio, where elaborate sets for the television show "The Americans" fill several of the large sound stages.

Levy says the building and another he rents could be lost under a plan by the city to use two large parcels in the canal's cleanup.

"It took us five years to find the site, six months to lease it, and three more to build it. That's eight and a half years before we opened the door," said Levy.

The main studio building, he says, would be demolished for a truck staging area.

A second building rented out for writers would be leveled for a large sewage tank needed for cleanup.

Putting the tanks under a neighboring park was met with opposition, a city DEP spokesperson saying, "It minimizes any disruption to one of the few playgrounds and swimming pools in the neighborhood."

But the studio and its workers, like stage manager Kyle McGroary, believe 250 jobs could be lost.

"I'm very nervous about the potential job hunt for me in the current job market that's out there," said McGroary.

While studio officials say "The Americans" will continue to be filmed there, the prospects for new shows in future years is uncertain.

"Our building will be less attractive knowing that a TV show might not finish their entire run here," said studio manager Phil Warren.

Other movie industry companies have written letters of support which were delivered to the mayor, including letters from actors.

"This is Edie Falco speaking, 'I know first-hand how difficult it is to find studio space'", said Levy.

A DEP spokesperson says, "The city is substantively engaged with Eastern Effects, continues to look at all possible staging sites..to find the best path forward."