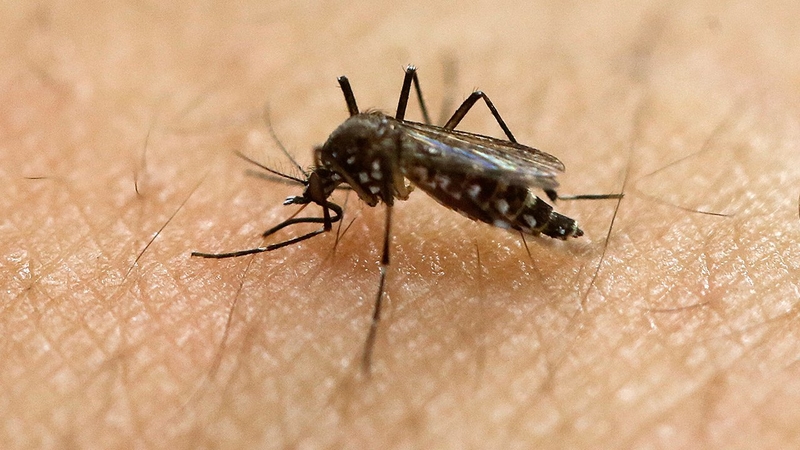 NEW JERSEY (WABC) -- There is a new warning about a rare but dangerous mosquito-borne virus.

Several states, including New Jersey, are now reporting an uptick in cases of Eastern Equine Encephalitis, also called Triple E. And now, one woman has died.

It started as a mosquito bite, but within two weeks, Laurie Sylvia, of Massachusetts, became very sick and passed away.

Her family remembering her kindness

"My mother is literally the nicest lady I've ever met," son Bobby Sylvia said. "I can't even think of a time (when) she raised her voice and yelled. Everybody she met, she, you know, she made an impact on."

Laurie Sylvia, a realtor and grandmother of six, died just two days after being officially diagnosed with Triple E.

It causes death in about 30% of patients, and survivors often have ongoing neurological problems.

"The disease starts with a fever, headache, chills, really not feeling well," said Dr. Catherine Brown, with the Massachusetts Department of Health. "But because this is a virus that invades the central nervous system, the brain, you'll see a rapid progression to loss of consciousness, seizures, coma and perhaps even to fatality."

Cases of Triple E are rare, with typically only a few reported each year. But now, officials are warning about a possible outbreak.

Sylvia's case was the fourth in Massachusetts this year, and several other states are now reporting an uptick in cases.

Experts say it may be due to warmer temperatures this summer and above-average rainfall.

"Unfortunately, there's going to be some possibility of additional human infections until we get that hard frost," Dr. Brown said.