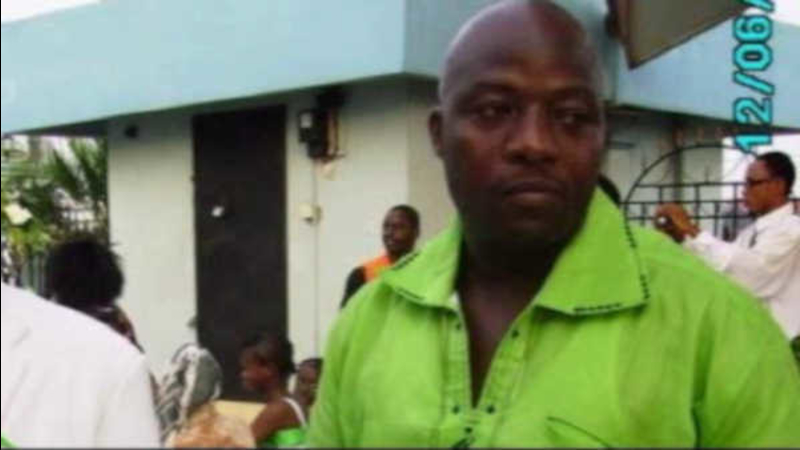 DALLAS -- As her boyfriend Thomas Eric Duncan lay dying of Ebola in a Dallas hospital bed, Louise Troh battled loneliness and fear that she too had contracted the disease while confined to a stranger's home under armed guard.

It's an important milestone in the nation's efforts to contain the outbreak and a cause for celebration for Troh. After three long weeks, she will be able to have a clean bill of health, leave the house and be done with twice-daily temperature readings by government health care workers. She likened the period to being a prisoner.

"I want to breathe, I want to really grieve, I want privacy with my family," Troh told The Associated Press on Friday, lamenting that she was missing Duncan's memorial service at his mother's church in North Carolina because of the quarantine. Troh says she and Duncan planned to get married later in the week.

Duncan arrived in Dallas from Liberia in late September and went to the hospital complaining of headache and stomach pain. He was sent home with a prescription for antibiotics to treat a misdiagnosed sinus infection. He returned two days later, was diagnosed with Ebola and died Oct. 8.

The day Duncan tested positive for Ebola, Troh, her 13-year-old son, Duncan's nephew and a family friend were ordered by a Dallas court to stay inside the apartment among Duncan's used linens and any lingering virus. The unusual confinement order was imposed after the family failed to comply with a request not to leave the apartment, Dallas County Judge Clay Jenkins said. The four were later taken to an undisclosed gated community.

Jenkins and Troh's pastor George Mason delivered the news of Duncan's death to her during the confinement period.

The other people who will have their quarantine period end at midnight include Youngor Jallah, Troh's daughter, a nurse's assistant who checked Duncan's vital signs before calling for an ambulance.

For nearly three weeks, Jallah has not left the cramped, second-story apartment she shares with her partner, Aaron Yah, their three children, ages 2, 4 and 6, and Yah's 10-year-old son.

Unlike Troh, Jallah is not prevented from leaving by an armed guard, but Centers for Disease Control and Prevention officials have come by daily to check everyone's temperature.

"I'm telling you, just to step outside will be so great. To hug my mom and grieve for Eric, not over the phone like we've been doing but in the flesh," Jallah said.

Mason said he is coordinating efforts with the city, county and philanthropic community to help Troh and the family recover. Because of the Ebola infection risk, crews stripped Troh's apartment down to the carpeting, saving only a few personal documents, photographs and a Bible.

"They were left with nothing. They are completely devastated by this, so there's need to have their lives rebuilt," Mason said.

Troh plans to partially recover financially with a book written about her life, from growing up in Liberia, meeting Duncan in a refugee camp in Ivory Coast, Duncan's years-long quest to come to America to be reunited with his girlfriend and their 19-year-old son, and his death in an isolation ward.

Troh also issued a statement Sunday asking for privacy as she comes through the ordeal while thanking everyone who came to their side.

At Wilshire Baptist Church in Dallas on Sunday, associate pastor Mark Wingfield said the congregation was eager to welcome Troh back.

"We look forward to welcoming Louise and her family members back to church after the quarantine is lifted and we want you to know that when that happens we will be glad to receive each one of them," he said.


Related topics:
health & fitnessebola
RELATED
Ebola: Facts vs. Fiction
Stepped-up Ebola screening starts at 4 US airports
Think you could get in -- and out -- of a suit that protects against Ebola? Watch this.
Timeline of the Ebola Virus in America
EBOLA
Doctor who contracted Ebola: 'I FEAR COVID-19'
Experimental Ebola vaccine could stop virus in West Africa
Patient evaluated for Ebola at Bellevue does not have virus, doctors say
Lakewood man with Ebola-like symptoms tests positive for malaria
TOP STORIES
Major outage hits Amazon Web Services; many sites affected
Collapsed building in NJ to be knocked down for safety
4 wanted in fatal shooting of man, injury of another in Queens
FDNY assistant chief dies of World Trade Center-related cancer
AccuWeather: Turning colder; some snow possible tomorrow
Legal challenges expected to private-sector vax mandate
Exclusive: Sade goes one-on-one with First Lady Dr. Jill Biden
Show More
50 mutations in omicron could be its downfall, data shows
Fire burns through 3 Newark homes, injuring 1 firefighter
Why feds are warning it could take months to get a passport
Reaction after money in walls of Lakewood Church, which Osteen heads
CEO of American Airlines retiring
More TOP STORIES News