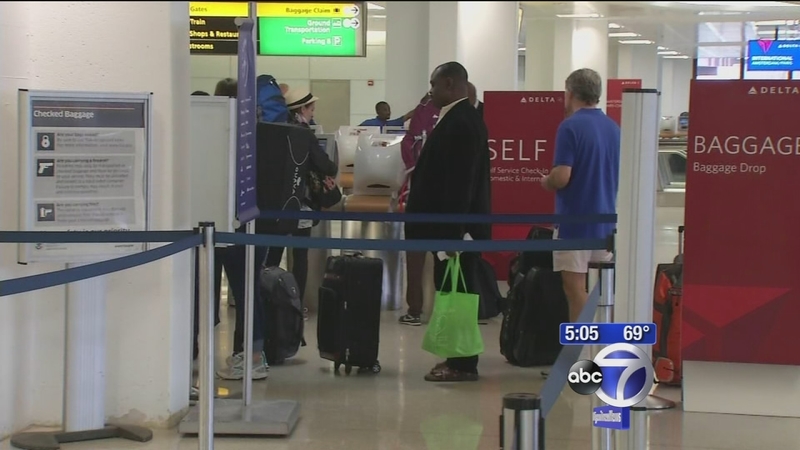 Stepped up screening at airports for Ebola

Federal health officials say the entry screenings started Thursday add another layer of protection to halt the spread of the Ebola virus that has killed thousands. Screeners use no-touch thermometers to try to find passengers with fevers.

"The community doesn't feel it has been given enough information," Congressman Michael Grimm (R-Staten Island) said. "They don't feel comfortable, and the last thing you want is a panic."

Grimm toured the airport to inspect the health protocol, paying particular attention because of the more than 30,000 Liberians in his district.

"They are very concerned about the stigma attached to Ebola," he said. "People looking at them because they know they are from Africa and don't want to associate with them or be close to them in fear they may contract the disease even though they are not symptomatic."

Meanwhile, passengers on other domestic or international flights were not worried that regular air travel has no new health protocols, even for a retired physician who recently worked at a refugee camp near Nigeria.

"Several months before, they had the epidemic up there," Dr. Charles Clark said. "Ebola was gone then. It was contained. If it was contained in Nigeria, certainly we can contain it here in the US."

Grimm says he's asking the CDC to have a presence on Staten Island and the federal government to limit travel out of West Africa.