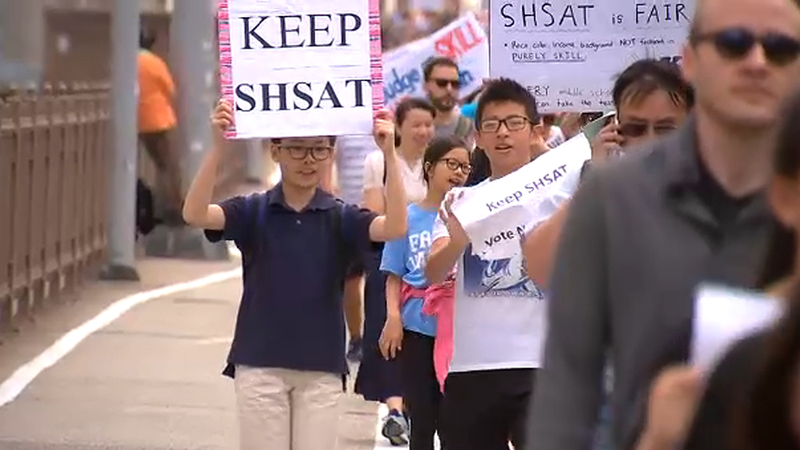 NEW YORK (WABC) -- Brooklyn officials held an emergency meeting Saturday as the debate to eliminate admissions tests to get into the city's elite public high schools continues to heat up.