Early dismissal for some schools Wednesday due to excessive heat 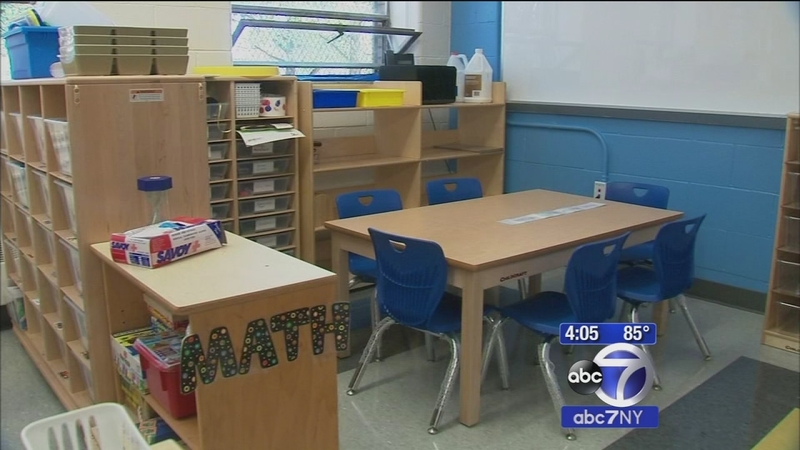 Early dismissal for some schools Wednesday due to excessive heat

CLIFTON, N.J. (WABC) -- Many schools in the Tri-State area dismissed early Wednesday in an attempt to beat the heat.

Several schools, including elementary schools in Clifton, are without air conditioning, which is why district officials decided to end the day early.

Both students and parents support the move and wish classes could be canceled all together until things cool off.

"On a regular day they come home sweaty, you know?" one parent said. "So it's going to be very crazy."

A record heatwave across the Tri-State is causing ripple effects in school districts all over with extreme temps making classrooms unbearable.

All Stamford public schools had an early dismissal, and all after-school activities were canceled.

Parents who talked to Eyewitness News said they appreciate the district's proactive approach, but wish more could be done. However, with only so many days set aside for weather in a school year, the district has to make tough decisions.

"It's hard to just close," parent Rosemary Pino said. "We have to save our days for snow days, but the fact that they're acknowledging that it's very hot with this heat wave coming along, I think it's a great idea that they made that quick call."

In Clifton, all public schools were dismissed early.

"It gets really hot there, like after gym and everything, and when you go in the classroom there isn't any AC or the lunchroom," student Nour Yousef said.

New York City Public Schools Chancellor Carmen Farina did not indicate that school hours would change in New York due to the heat; half the world does not have air conditioning, and they survive, she said.

The Center for an Urban Future reported that 209 of the city's 1,179 school buildings were built before 1920, and lack adequate electrical capacity to power multiple air-conditioners.