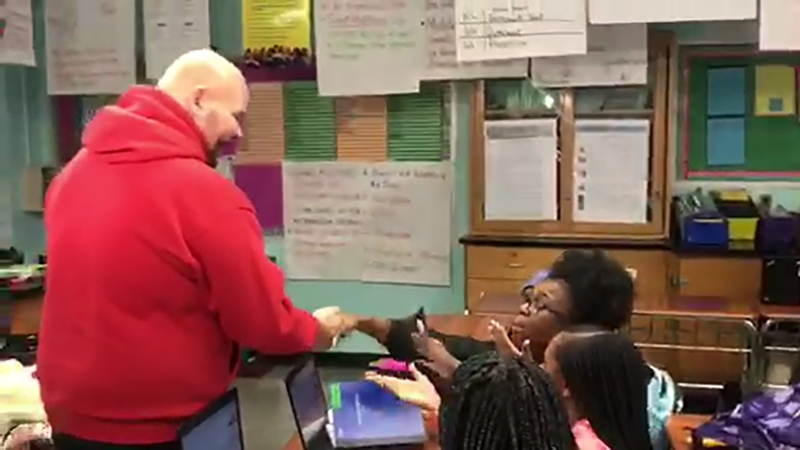 The initiative, which was launched in October, saw students at the four schools measured on a variety of indicators of student improvement for the first marking period of the school year, including student engagement, attendance and other factors.

One class in each of those four schools was then chosen as the "most improved" by school administrators, and everyone in those classes received a new pair of shoes.

#surprise ! The moment #hiphop #Star @fatjoe drops in a middle #school in the #Bronx Why he was there and what the #kids walked away with. More at 5 #jobwelldone #motivation #congratulations #grades #attendance #group #abc7ny @abc7ny pic.twitter.com/wAMGX88N41

The kids say the contest made them come together and support each other in school, and attendance and grades both improved.

Fat Joe said he wanted to use sneakers as a motivator for the students, because he knew they would go for it. And they were apparently so focused on winning that they even did volunteer work on Saturdays .

The contest was such a hit that Fat Joe announced round two at the same schools, with new winners announced in June. He is also encouraging other celebrities to join his effort to launch a larger city-wide program.