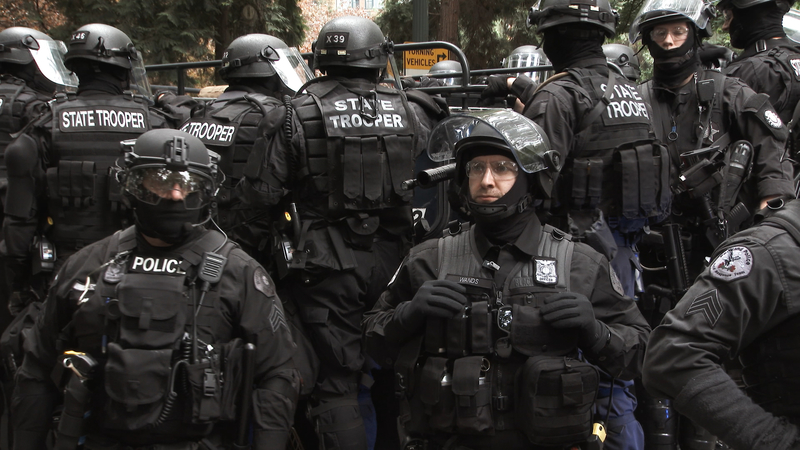 JERSEY CITY, New Jersey (WABC) -- Despite research showing that college-educated officers tend to perform better and use less physical force, many local police departments do not require a higher education.

In major cities across New Jersey like Newark and Trenton, for instance, police applicants only need a high school diploma or GED to apply.

The question of how much education officers should have is among a set of issues confronting communities as they craft policing reforms in the aftermath of the killing of George Floyd.

John Vespucci, an adjunct assistant professor at John Jay College of Criminal Justice and a police officer in New York state for the past 24 years, has studied the correlation between education and police use of force.

Of the participants, 127 officers reported not having earned a college degree, whereas 283 police officers indicated that they earned some type of college degree.

His findings showed that the officers without a college degree used force 57.4% percent more often.

"The police academy can tell you how to do the job, but they can't exactly tell you how to deal with the situations that you're going to be facing," said Richard Mulvihill, a former chief of the Absecon Police Department and professor of Criminal Justice at Stockton University.

"I'm not saying that a police officer without a college education can't be a good police officer, but generally speaking college-educated officers perform better in a lot of different areas and the research bears that out," Mulvihill said.

"In the United States, you can become a police officer after completing a 21-week police academy training. In most European countries, the length of education is longer," said Nusret Sahin, a criminal justice professor at Stockton University, who served as an officer in the National Turkish Police.

"In Turkey, you need to have a bachelor's degree and in addition to that you go to the police academy for one year and then you become a police officer," Sahin said.

In cities across New Jersey like Newark and Trenton, police applicants only need a high school diploma or GED to apply.

Laws could be changed to boost educational requirements for police officers, according to Mulvihill, a move that would ultimately professionalize policing, making it closer to careers in medicine or law, which require higher-education degrees.

"The more we can educate officers and give them the tools that they need to interact with people of every ethnicity and race, I think the better off the profession will be. We cannot have an "us" versus "them" mentality, because that's not going to move us forward. The police needs the community, and the community needs the police," said Jiles Ship, commissioner of the New Jersey Police Training Commission.